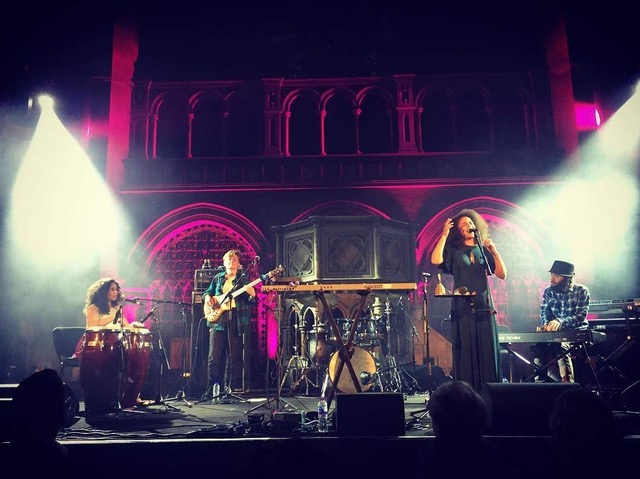 Recently The Telegraph included the Roy Ayers’ gig in their ‘Best Jazz and Folk Gigs of 2019,’ mentioning Bryony and her band as “squeaky clean and sweetly sentimental.” Beautiful harmonies perfectly accentuated by the chapel setting, it would perhaps be difficult to find a better space to introduce Bryony’s music to a new audience. Bryony herself said the weekend was “stunning” and would be “one to remember”.

With more live shows approaching there will be further opportunity to catch her live over the summer. Love Supreme, the Sussex-based jazz festival will take place from 5th-7th of July, with Bryony playing the Bandstand on Sunday evening. Other acts include Ms. Lauryn Hill, Mahalia, Kamaal Williams and more. Read more about the festival here.

Her first single, “As I’ve Heard” released in March has had radio plays everywhere from Hawaii to Russia, including support from Jamz Supernova at BBC 1Xtra, Robert Elms and Tony Minvielle, Jazz FM. Out tomorrow alongside a new music video, “Saffron Yellow” builds on the sound and story of her debut track. Harmonious and expressive, Jarman-Pinto explains her second single is “based around a narrative of nonsense that speaks of escape and exploration…At the time [of writing] I was feeling exasperated with the album, I had strong anxiety around it”.

Look out for further releases and a debut album from Bryony Jarman-Pinto in the coming months.