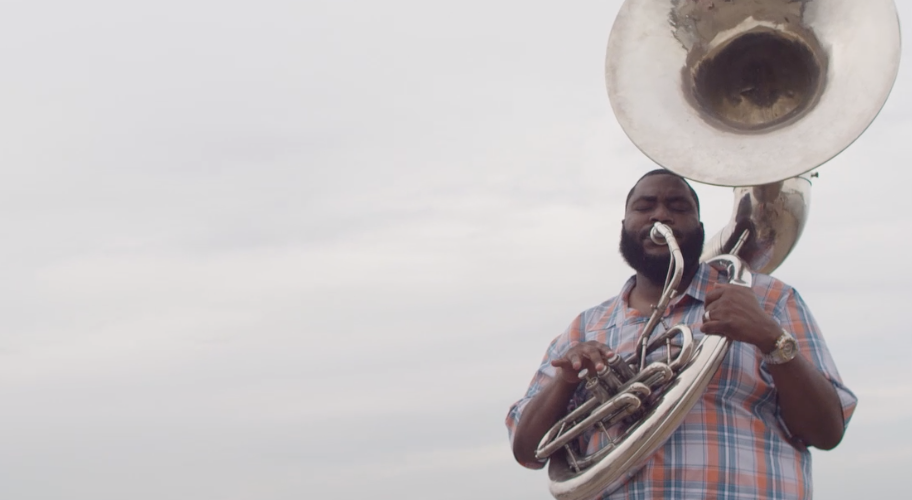 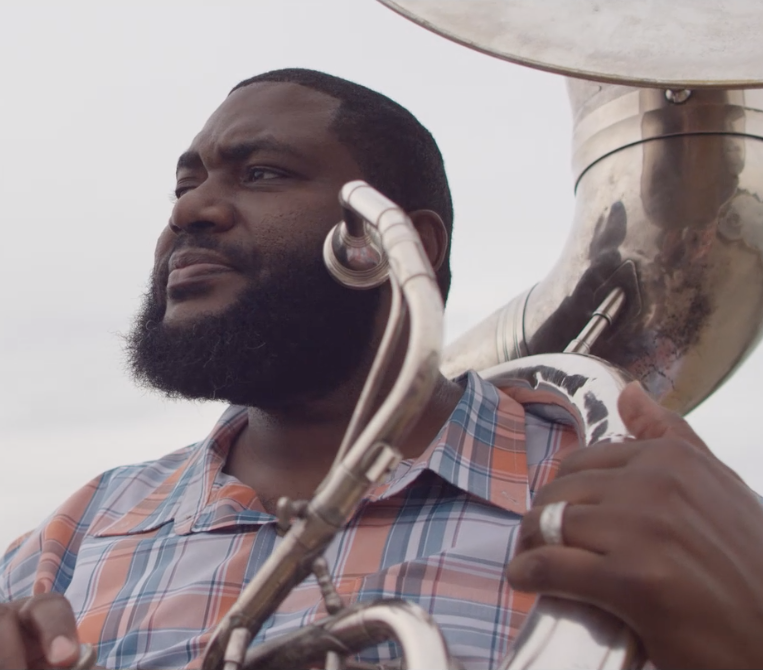 On September 6 2021, we the Hot 8 Brass Band lost our beloved bandleader, Bennie Pete. He was more than just our leader; he was a constant galvanizing force within our own family of fellow musicians and beyond. Bennie was a rock in our lives. Yes, he was a leader, a teacher, and a mentor. More than that, Bennie was an inspiration to our band and to many other musicians, and the entire musical and cultural community. He helped each and every one of us, from our horn players to the folks dancing in the second lines and to the entire New Orleans community, during the most difficult and darkest times. Bennie helped all of us endure, to heal by encouraging us to continuing to play our music despite any adversities.

After Hurricane Katrina and the failure of the federal levees, Bennie emerged as a symbol of perseverance and hope for all of New Orleans. His commitment to ensuring the cultural continuity of New Orleans’s most authentic, unique and deeply rooted cultural traditions, rituals and practices was unwavering. Bennie’s greatest wish was that New Orleans culture live on for future generations, and that the brass tradition continue to be a model of strength and a barometer of a healthy New Orleans cultural ecosystem.

We will miss Bennie greatly. No words can really do justice about the way we feel about losing our giant leader. But, we will continue to honor his legacy by playing music, taking it to the streets, and bringing hope and joy to all of those who are lucky enough to be part of what makes our city so special.

Bennie died early on Monday at New Orleans East Hospital of complications of COVID-19, after a week of intense ICU care and ventilation that was complicated by multi-organ system sarcoidosis predominantly effecting Bennie’s heart and nervous system. Bennie was 45 years old.

The Hot 8 Brass Band is establishing a Go Fund Me page in Honor of Bennie Pete. All funds will go directly to support Bennie’s family; his wife Lameka, his 3 sons: Brannon, Brennon (twins, ages 2), Bennie Pete III (age 8), his 2 step-daughters La’Shae (age 19) and Laila (age 11).
Please join us in contributing to Bennie’s Family. In lieu of flowers, please send donations to: https://www.gofundme.com/f/in-memory-of-bennie-pete

Dr. Michael White
”Bennie Pete was much more than a just a great tuba player in a great brass band. He was also a visionary, wise beyond his years. Along with the Hot 8 Brass Band, he remained an important bridge between the New Orleans African American underground second line community and the outer world. His mammoth physical size paled in comparison to the hugely profound reflections that he softly uttered in interviews, on panels, and in casual conversations. As much as Bennie and the Hot 8 accomplished, its seems that his vast potential was not close to being fully realized. His ever-inquisitive nature and ability to remain positive, to continue growing, and to move forward in the face of the most difficult tragedies show the depth of this special human being. While this is an extremely difficult time for Bennie’s family and all of us who knew and loved him, his leadership, wisdom, positivity, and great music will continue to vibrate as great examples for us and future generations to be proud of and learn from.”

Bennie’s physicians Matthew R. Lammi and Lesley Ann Saketkoo, New Orlean’s Sarcoidosis Center at UMC provided a joint statement: “We are heartbroken and devasted to have lost this beautiful tender soul at 45. Bennie died early on Monday at New Orleans East Hospital of complications of COVID-19, after a week of intense ICU care and ventilation that was complicated by multi-organ system sarcoidosis predominantly effecting Bennie’s heart and nervous system. Sarcoidosis is a condition of inflammatory cells that aggregate in and can disrupt the function of any vital organ system. Black Americans are at higher risk of worse sarcoidosis health outcomes, and Bennie was a tremendous advocate in raising awareness of early detection and treatment that could prevent death and disability from sarcoidosis in the Black community and all people.”

Larry Blumenfeld, writing in The Wall Street Journal:
“The rippling authority of founder Bennie Pete’s sousaphone established the Hot 8 as a dominant force on New Orleans streets—the band you want to dance behind during a Sunday second-line parade… He captures both the edginess and transcendent beauty of life in its city.”

Roger Lewis, Dirty Dozen Brass Band:
“I had the pleasure of playing music with Benny, he was the anchor of the hot eight brass band great musician beautiful human being. He is going to be miss another brother going to  glory my condolences go out to his family and bandmembers”

Craig Charles BBC Radio 2/6Music presenter:
“When Bennie hugged me I nearly ran out of breath. He just kept on hugging. He had so much love to give. I shared a golf buggy with him once and we had to take him off the back and put him in the middle because the buggy was doing wheelies and couldn’t get the traction. Bennie just laughed and blamed it on the tuba. He made me feel special because someone so cool kind of liked me. And when you get that feeling, the hug that keeps on hugging. Your heart does paradiddles. Hearts just breaking a bit today”

Paul Jonas and Robert Luis, Tru Thoughts Records
“Bennie was the band leader, the main man in the middle of the band bringing the bass sound, and the heartbeat of the band. He was our first point of contact when we initially tried to find out if we could sign the Hot 8 Brass Band to Tru Thoughts. Bennie was always very mellow and laid back whenever we dealt with him, but always keen to know how we could help push the music of Hot 8 and New Orleans to more people across the world, and what they could do to help that. The music was always first and foremost for him and the legacy of Hot 8 was always something important to him.”

Rosie James, Tru Thoughts Press Officer (2010-2017)
“I’m sure I won’t be the only one to say it, but Bennie Pete really was a gentle giant. I count myself lucky that I worked with Hot 8, and Bennie, for 10 years and have so many fond memories of him. His kindness and wisdom made my job 100 times easier. I particularly remember some long promo days on tour, moving from session to session, with the band members all exhausted from shows and in unfamiliar surroundings, when it could be a challenge to keep everyone upbeat and in the right place at the right time. Bennie, despite his own exhaustion and health concerns, would be the glue that held it together, making sure that everyone was ok… me included! I still often find myself thinking about that, with gratitude.”

Sam Gill, Former booking agent of Hot 8 Brass Band / Earth Agency
“From the first time I met Bennie and the guys we had a great connection and shared some unforgettable moments. I loved being part of Bennies touring life and will miss him dearly.”

John Railton, Tour manager of Hot 8 Brass Band
“Bennie always brought an air of calm with him. The gentlest of giants, he was the solid foundation of the band both musically and spiritually