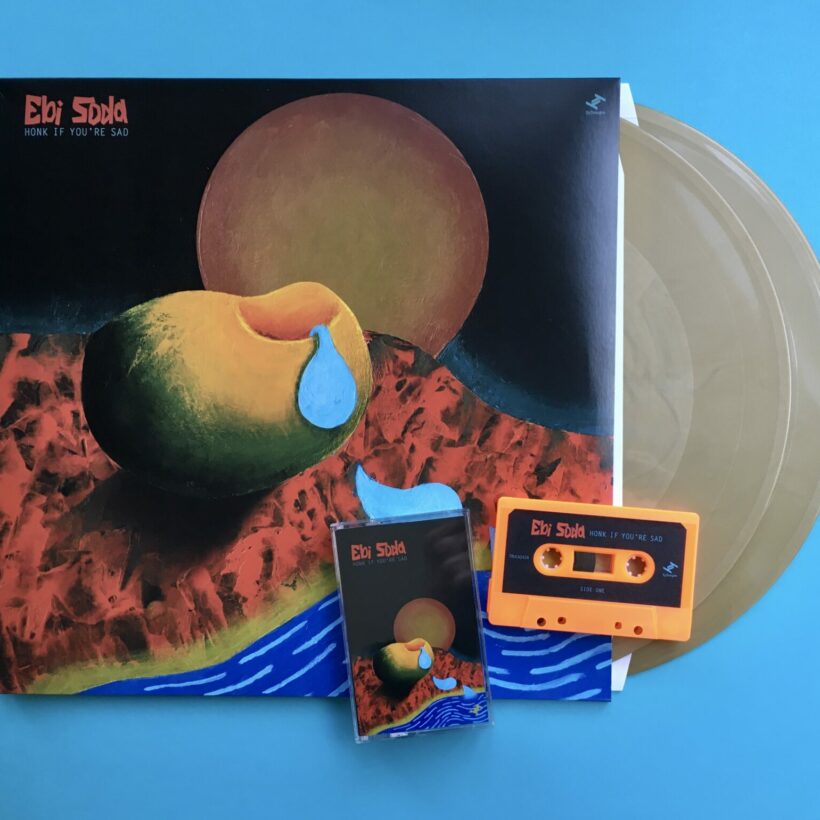 From influences as diverse as Kokoroko, Can, Lounge Lizards, BadBadNotGood, Ronin Arkestra, and The Fall, ‘Honk if You’re Sad’ focuses a cohesive whole; an explorative, playful and technically brilliant record that coaxes the listener through immersive phases of fun, chaos and harmony.

Coloured vinyl represses of their debut EP ‘Ebi Soda’, and the ‘Bedroom Tapes EP’ are available now on Bandcamp https://ebi-soda.bandcamp.com/