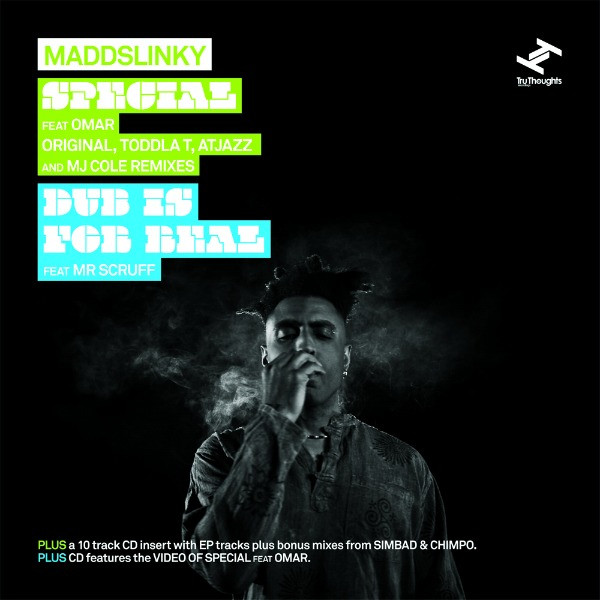 Special is a perfect marriage of his immense talent and charisma with the cutting edge production of Maddslinky.

Dubstep pioneer Maddslinky – also well known as Zed Bias – signed to Tru Thoughts to release his album, Make A Change. The first single is Special featuring Omar, with a brand new track co-written with Mr Scruff plus all-star remixes from MJ Cole, Toddla T, At Jazz, Chimpo and Simbad.
Omar‘s career at the forefront of British soul has seen him collaborate with Stevie Wonder and other greats including MOBO winner Estelle, Angie Stone, Rodney P and Erykah Badu to name a few. Special is a perfect marriage of his immense talent and charisma with the cutting edge production of Maddslinky. Under his Zed Bias moniker, Maddslinky has been supported by BBC Radio 1’s Zane Lowe, Annie Mac and Pete Tong. He hit the UK Top 40 in 2000 with Neighbourhood – one of the all time classic UK garage tracks, which was re-released last year with a remix from Roska that fully redefined its importance to a younger generation of clubbers.