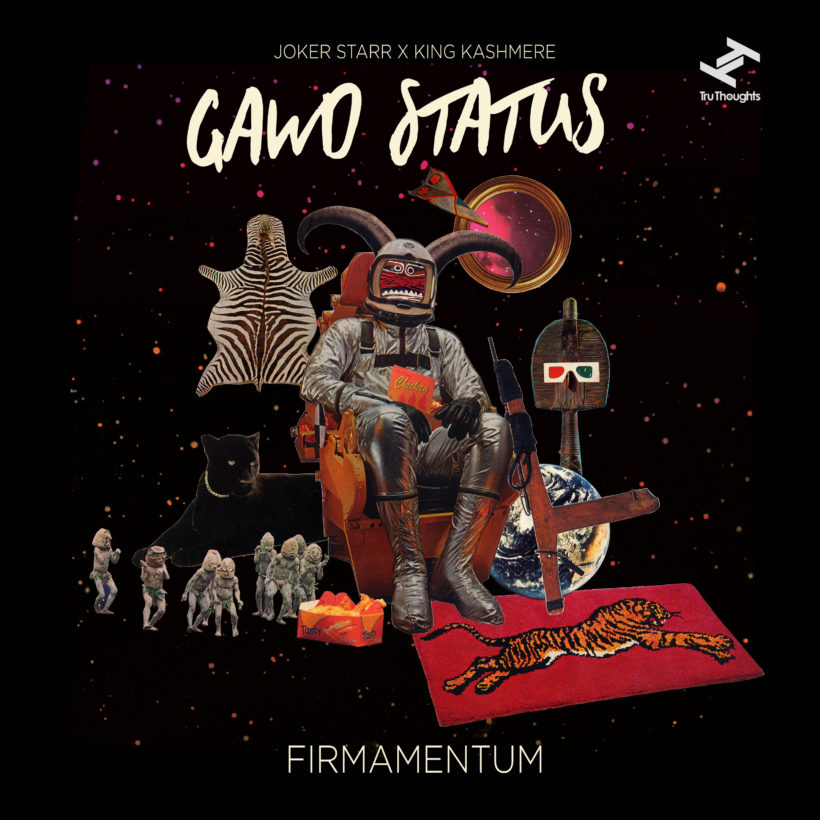 Firmamentum’ is the debut album from Gawd Status aka King Kashmere and Joker Starr.

Fronted by lead singles “Heavy Metal”/“The Alchemist ft. Fae Simon” and “Messiah Hybrids”, the LP showcases Gawd Status’ versatility and eclecticism as an unconventional producer/MC duo, delivering a killer and off-kilter record that lies in between the worlds of hip-hop, psychedelia and soul.

‘Firmamentum’ covers topics of madness, slavery, the rise of A.I., false Gods, the transmutation of matter, Joker Starr elaborates, “I will always talk about different modes of creation, God, Spiritual beliefs and theories. Firmamentum touches on a bunch of theories ranging from flat earth to aliens”. King Kashmere adds, “production-wise, the sort of psychedelic vibe is something it just grew into… it’s pretty interesting how art can grow and shape context over time”.