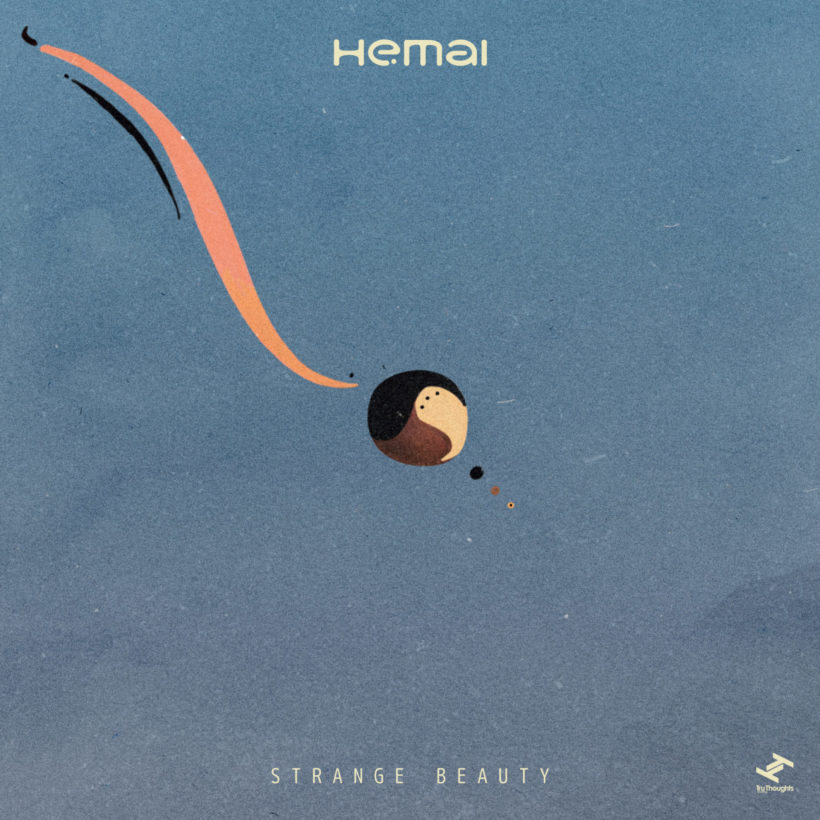 Out 7th May, ‘Strange Beauty’ is the debut album from producer and multi-instrumentalist Hemai.

A collection of stories of the love, spirit and balance of the universe, the hotly tipped 22-year-old experiments with the idea of movement and the present, bringing together some of his favourite sounds from around the world and melding them with his UK roots.

The release follows previous singles “Relight feat. Laura Roy & Woddy Green” which plays with shifts in tempo to accentuate the hidden depths of the track; Japanese Bossa Nova inspired “Noa Noa feat. Emilia Anastazja”; and is announced alongside the release of the mystical and uplifting “Love Dancer feat. FiFi Robo”. Developed during the UK’s lockdown “Love Dancer” looks to the natural world for signs of hope and healing; the track ebbs and flows as all of us have in difficult moments, particularly in recent months. Musically following the same pattern as waves shifting from calm to crashing, the track is a moment to pause, to breathe and to recollect; “It’s a song about acknowledging what’s going on, slowing the fear down and fighting through whatever needs fighting. A Love Dancer is a free, present person in my head”, FiFi Robo muses.

The vivid and visceral world of ‘Strange Beauty’ is unearthed with opener “We Could Be Jaded feat. Layfullstop”. From the first notes of Melbourne-based musician Erica Tucceri’s flute, the electric warmth of the LP is ignited; “the arrangement takes the shape of the horizon”, Hemai explains. Though indicating the beginning of a journey, the track embraces the importance of being grounded in the present, enticing the listener into the experience of Hemai’s ‘Strange Beauty’. Hemai utilises the elements around him as a driving force throughout the LP. From the imagery of a beautiful sky on “Awake Indigo feat. Ruby Wood” to the beach and coastal ideas that inspire the freedom and boundless instrumental tracks “When Day Breaks” and “Gone Fishing”, the release radiates the joy and spirit that only the natural world can provide. The colours evoked from these experiences also play a part in the final form of the release, “when I’m creating, it’s just the expressive colours I gravitate towards… yellows, oranges, purples, greens and similar shades”; these colours are pulled together by Hemai and his brother Sam Hemus along with vibrant splodges of energy in the artwork for the album and the preceding singles, mirroring the heart of the release. Appearing on drums across ‘Strange Beauty’, Hemai dedicates “Brother’s Shuffle feat. Maralisa” to Sam and the movement he brings to the outro – “I had to pay homage to my brother and call the track after his insane skills”.

Piecing together ‘Strange Beauty’ throughout 2020, many of the collaborations occurred remotely. New Zealand-born vocalist Wallace taps into the belief that even in knowing we have strength and power; we can still feel apprehensive. The vocals sit alongside a quote from spiritual teacher Mooji, grounding the track’s ethereal focus. LA-based vocalist Maralisa (Space Captain), turns her attention to the need for care and communication, adding “no matter how divided we all can be, there is still the possibility of love and understanding”.

A reflection of himself and his loved ones, ‘Strange Beauty’ is a testament to the thoughtfulness and meticulous nature of Hemai’s production and dedication to the music he makes.

‘Strange Beauty’ is available to pre-order and pre-save now, including a Deluxe Edition of the album, exclusive to Bandcamp, which includes an extra 8 Instrumental versions of songs from the album PRE-ORDER HERE