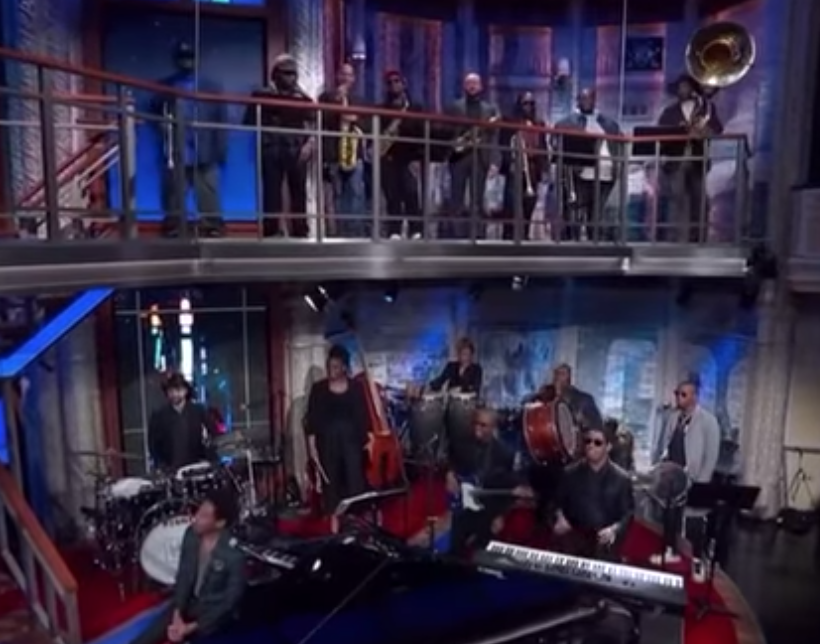 The Hot 8 Brass Band have been bringing that New Orleans Mardi Gras sound to New York, supporting bandleader Jon Batiste with his band Stay Human on the Emmy Award-nominated show The Late Show with Stephen Colbert which is broadcast from the historic Ed Sullivan Theatre.

Jon Batiste and Stay Human are the house band on the Stephen Colbert fronted The Late Show , CBS’s number 1 show in late night television with the most-watched late-night host. In the current television season, in which Colbert talks with an eclectic mix of guests about what is new and relevant in the worlds of politics, entertainment, business, music, and technology, audiences are averaging 3.1 million viewers.

See https://www.facebook.com/Hot8BrassBand/ for footage from the Ed Sullivan Theatre.

The live KEXP studio session that the Hot 8 Brass Band recorded in October 2019 is also now available to watch on YouTube, with the band performing Sexual Healing, Get Up, Love Will Tear Us Apart, and Let’s Stay Together. Check it out at Live KEXP Session