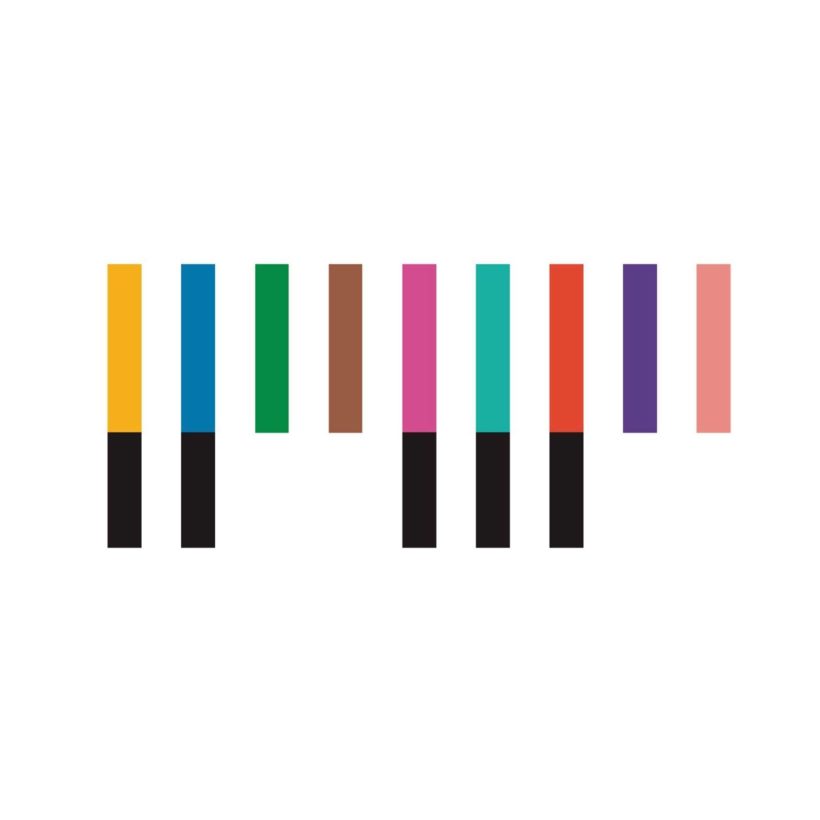 Now in its 10th year, International Jazz Day will be celebrated worldwide on Friday 30th April, recognising jazz as a force for peace, intercultural dialogue and international communication. The UK is currently experiencing an explosion in new jazz sounds and here at Tru Thoughts many artists are taking elements of jazz and fusing it with other genres from hip hop to electronic, to create fresh new music. We asked a selection of Tru Thoughts artists for their favourite classic and contemporary jazz inspirations.

Join the movement at jazzday.com and find events all over the world at #JazzDay10

Listen to the tracks selected below on our International Jazz Day playlist on Spotify. 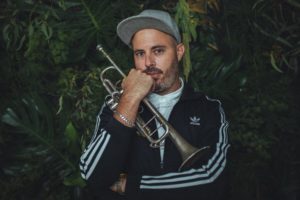 Basically, everything about this album is perfect, I can’t think of a better soundtrack that reflects different moods of our human experience in such a refined and gentle manner.  The saying ‘less is more’ is shown here in its full glory. It’s joyful, it’s melancholic, it’s loving and its beautiful from start to finish.

Intuitive and free, two long tracks make this spiritual, free, soulful jazz journey a great inspiration for me. The conviction and intent the great Mal Waldron puts in every note is utterly mind blowing in my view. This is pure music as I see it.

Favourite track – there are only two and both of them are a must.

A staple Jazz funk masterpiece. I really think Roy’s sound can be heard anywhere today from Robert Glasper to Snarky Puppy, all the way to Pharrell Williams. It’s a perfect blend of jazz harmonies, funky approach and outta this world musicians.

Everything I love about Mingus is brought to perfection in this beautiful album. The way it diverts from conventional patterns is beyond beautiful. I hear gospel, ethio jazz, free jazz and straight up jazz, which becomes one mass of sound that makes me just wish to lay my head down and be completely soaked by the music.

So much as already been written and said about this seminal masterpiece. I’ll just say that hearing this music is one of the most intimate experiences one will ever have in this lifetime. The endgame (or the start… is there a difference?), the victory of the heart and the heavenly music one can create and press on vinyl.

‘What It Is’ is the second LP from Brooklyn-based multi-instrumentalist, composer, arranger and producer Sly5thAve’ -“It’s a little jazzy. There is some hip hop in there. A little bit of orchestral chamber vibes… It’s me.” 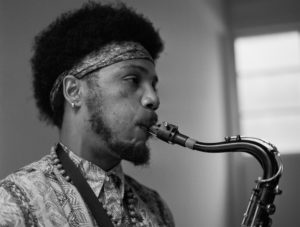 This was the first jazz album I fell in love with. My mom was a member of BMG music club so she would get a bunch of CD’s in the mail all the time. And when I started taking a liking to saxophone she got me a Charlie Parker compilation CD and this one “Blue Train”. At first I didn’t understand it. But then I came back a year later and it clicked in a major way. My Junior year of high school, “I’m Old Fashioned” was the cut I’d play in my room every morning as I was getting ready for school.

This record is just one of my favorites. Cannonball’s solo on the title cut stopped me dead in my tracks the first time I heard it.

I feel like jazz is often subject to, or in danger it seems like, of being stuck in a revisionist cycle. And I think that’s just because there are so many great recordings that inspire us and we want to capture that same spirit. Is that a good or bad thing? I don’t know but as a self proclaimed jazz musician, I feel like although it is an artform that has achieved its notoriety for bending and breaking the rules and redefining how we hear things, there are a lot of unspoken and unwritten rules about how it should be executed. Sometimes, it feels restrictive. The reason why I think Kassa’s record is so incredibly brilliant is because he disregards everything. He doesn’t try to fit into what the gatekeepers say jazz is in terms of literally. It’s there of course because he’s a well studied musician with respect to the tradition. But it’s through his own voice and it shines so brightly. It’s a Jazz Mixtape. It’s so dope. He went to jazz school. I went to jazz school. They didn’t teach this. He breaks and bends so many things it’s impossible to classify and to me, I feel like this is the first real ‘jazz” recording I’ve heard in a while. That embodies that same spirit of pushing everything forward and breaking everything that started it all in the first place.

This record was one of many that changed my life. I remember before and after hearing this for the first time. The first band I played in over the summer in college we covered this music. Then there was actually an ensemble in school where I really studied it. This was my education. And what made it the dopest though, was that he was from Dallas, TX. I could relate. And he had all the references in his music and playing from Gospel, Blues, RnB and Black American Music, that they always told us were inappropriate in a jazz setting. But he completely changed the game with this record and early in my journey when I was trying to find my path this helped me a lot.

There was a moment when I was in school and I was ready to quit playing jazz. I wasn’t relating to what I was hearing in my classes and all of the ideas I had seemed to be wrong or out of place among some of my peers. I remember hearing this record my freshman year. My friend Brandon McGhee put me on. It was dope but it wasn’t until the next year that I really got into it. I mean multiple times a day through the entire playlist. I saw all of the things I grew up listening to present in this music but in the jazz context. In an incredibly artful way. You would be bobbing your head without even knowing it. As if you were listening to hip hop but it’s modern jazz. It was all about the underlying pulse for me. It showed me how to hear things differently and how to frame them through the lens of what I know. Of course all the while being open to new approaches but similar to my experience with the RH Factor record, this record helped me learn to not be afraid to use what I got. Of all of his records, this is my favorite.

‘Strange Beauty’ out Friday 7th May is the debut album from producer and multi-instrumentalist Louie Hemus AKA Hemai. A collection of stories of the love, spirit and balance of the universe. Pre-save the album here. 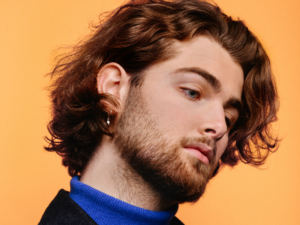 Airto Moreira – I’m Fine How Are You? – Celebration Suite

Crazy tune. The man who passively encouraged me from an early age, to have a soulbound connection to percussion in general. I love Airto, I adore this album, and I particularly stan Celebration Suite. My brother takes the drummer role in records, but my love for the rhythm section was definitely unconsciously derived from Airto. The tones and sounds that draw me in have to be passively inspired by Airto. The slight wonk to the whole track has so much feel, so much emotion. The harmonic and melodic section at the end of the track, wow. Madness. Nothing like it. Every time!

S’Wonderful is such a heartthrob of a tune to me. Not only has it brought out a more vulnerable side of the way I write music and tunes, but in life as a whole. This whole Album does exactly that, and shines a light on beautiful matters that often in music can be labeled cheesy and all that stuff. But I think there is cool and steez in the way that Joao delivers everything on this album. I admire the way he plays Guitar. It’s a huge influence on the way I play, and the tones of which I gravitate towards. I think it’s fair to say my guitar playing is very much a wholesome nod to Joao. S’wonderful is the one tune on this record that makes me melt with joy every single time I listen. One of them tunes that gets better every encounter.

What an album. I remember hearing this album for the first time as it wasn’t too long ago. I was chilling, taking a stroll, and playing this album back to front after hearing it played publicly in a store. Unconditional love for this album seriously. Again, an influence in a weird sense of the word. By checking it out, what I pulled from it was that I HAD to record my debut material, Eyes Closed EP, with the same dude who was engineering this. Malcolm Catto. What a guy. So I did, and went and recorded my first project with the man himself in Dalston, London. So in a way, without Black Focus or Malcolm Catto, I definitely would not be in the same place in music and life as I am currently. Remembrance is the tune which I really fell in love with the science of analog, and the feel and emotion that sonics can bring to a track. That murky, grungy tones of the snare, unbelievably dark and warm character of the bass. Sheesh. Serious head nod.

Inevitable. Completely Inevitable. The root of the start of my career. Like, I firmly believe if this tune wasn’t on Earth the music I create to this day and all my life would sound nothing like it currently does. This tune resonates with me, so so hard. Fusion in general. It almost gave me passive confidence to go wild in music. No limitations or anything. If it sounds good, feels good, then nothing else matters. Theory, right/wrong controversy, over/undercooked, like it’s all chucked out the window. And I owe that state of mind to my main inspiration, Herbie Hancock and The Headhunters. Don’t get me wrong, Herbie is a king of all of that stuff, and I presume there’s a lot of those factors within the music. But as a listener, that’s the start point where I started to think stuff it. Whatever feels and sounds good to me, that’s how I’m going to create. In everything, not just music, but with everything that I can make a creative decision on. Love it. Conversation in music, the language of music at it’s finest in my opinion.

‘Cage and Aviary’ was created with long-time friend, collaborator and Tru Thoughts label-mate Tom Leah AKA Werkha, highlighting their capacity for musical exploration. “The album is built around my contemplations on life, love and myself and tying that in with wider global issues.” 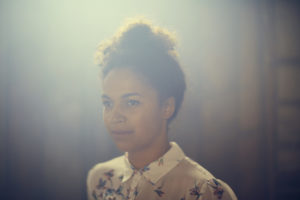 Quite a mix and I’m not great at listening to whole albums. I tend to get attached to a particular song and just repeat it.

Esperanza Spalding – I Know You Know