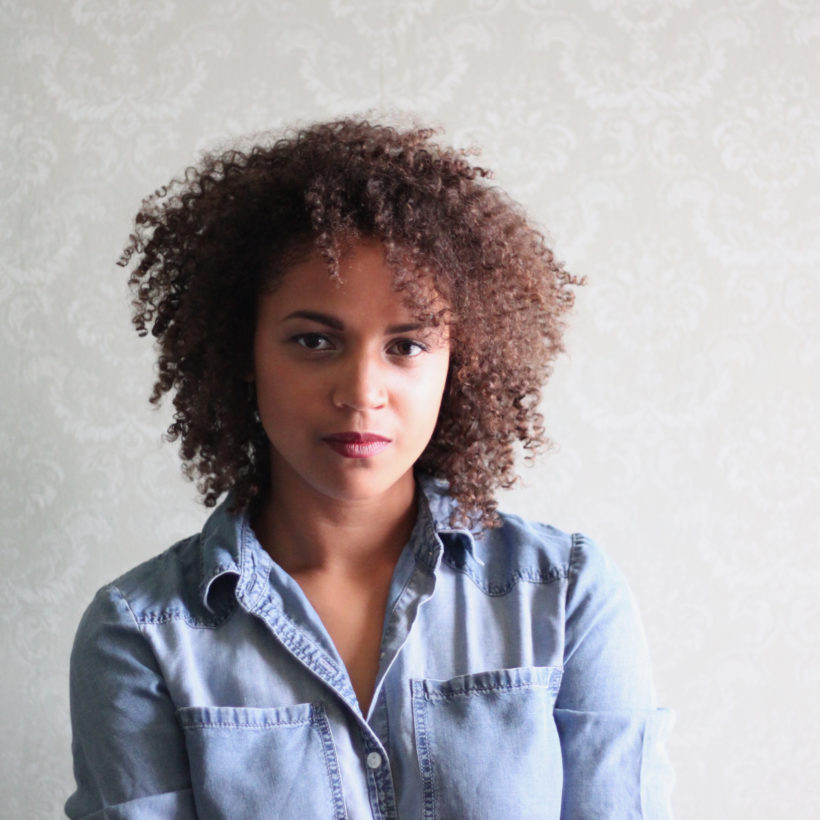 Raised in Cumbria and now based in London, Bryony Jarman-Pinto is an expressive and adventurous singer-songwriter, combining harmonious vocals and jazz-fused melodies with personal and complex lyrics. Her new single “As I’ve Heard” is taken from her debut album, due for release on Tru Thoughts later this year.

What role has music played in your life?

Music has always been there. Throughout my childhood I was surrounded by musicians and instruments, listening to rehearsals and workshops, growing up listening to live jams and vocal choirs. It wasn’t until my early teens that I began to collect and download my own music which was a real mix of things from Neneh Cherry and Bobby McFerrin to The Shins and Beyoncé. I’ve always been drawn to the voice as an instrument and when writing songs with friends, I was always focusing on harmonies and melodies. Singing became a way of creating friendships and (obviously) self-expression. I always felt music was instinctual, however I chose not to pursue it into university as I had created a narrative for myself that music wasn’t “my thing” and art was. Now I’m of the impression that it’s all creativity and we find many ways to release it.

How did you end up working with Tom Leah AKA Werkha?

Tom Leah has been a long-time friend. We met at a youth music project BlueJam Arts and went to the same secondary school. We had made lots of music together, playing in the same bands and sharing the same friendship groups. It was after the beginning of university when Tom asked me to sing and write lyrics with him. We had a great time playing with looping pedals, seeing what we would come up with. This obviously led to me being involved with the Werkha Live band and co-writing some songs on his albums and EPs.

Your debut album is due out later this year on Tru Thoughts. What are the themes of the album? How did it all come together?

The album has been a long process for me, starting with the basics of songwriting. I have had to get more knowledge on instrumentation production, but luckily I had lots of help on that. The album was written over 3 years and different themes come from the writing process, tapping into my emotions and conscience. I’ve written about family, personal struggles, environment and political issues. The core theme of the album is of a personal confrontation with myself and society.

When you’re not recording music, what do you get up to?

I actually love being outdoors and walking, which probably stems from growing up in Cumbria. We try and get out of London and explore the surrounding countryside and woods when possible. It’s also been great re-exploring London, having lived here when I was young, finding those same places and how they have changed is fascinating. Hobby-wise I like trying lots of things! At the minute I’m into gardening and climbing. Also I love getting the sewing machine out and making some clothes or something random for the house. I am also trained in applied behavioural analysis and I work at The Tree House School, a specialised school for autism. You can imagine, it is very different from my musical career and gives me a good sense of balance, plus I love working with young people.

When and where do you feel at your most creative?

My creativity comes in bursts and often out of the blue. Sometimes I really have to fight against the anxiety of failure before managing to sit down and get on with it, but once I’m there I can find it hard to stop. A change of location is helpful and when I go on a trip or holiday I always take a sketch pad and notebook.

What are your musical influences?

I’m constantly inspired by an interesting melody and vocal line wherever it comes from. My goal at the moment is to give instrumental music more of my time when looking for inspiration.

I love the Jazz greats, Ella Fitzgerald, Sarah Vaughan, Dinah Washington and singing the standards myself. I’m such a fan of Bobby McFerrin, I can listen to his album ‘Circle Songs’ over and over. Nai Palm, Solange, Zara McFarlane, Robert Glasper are all people I regularly listen to, but I enjoy finding new and old music I’ve not come across.

If you could give your younger self any advice, what would it be?

I would say don’t be so passive, step out of the comfort zone and practise your instruments!

Keep up with Bryony online