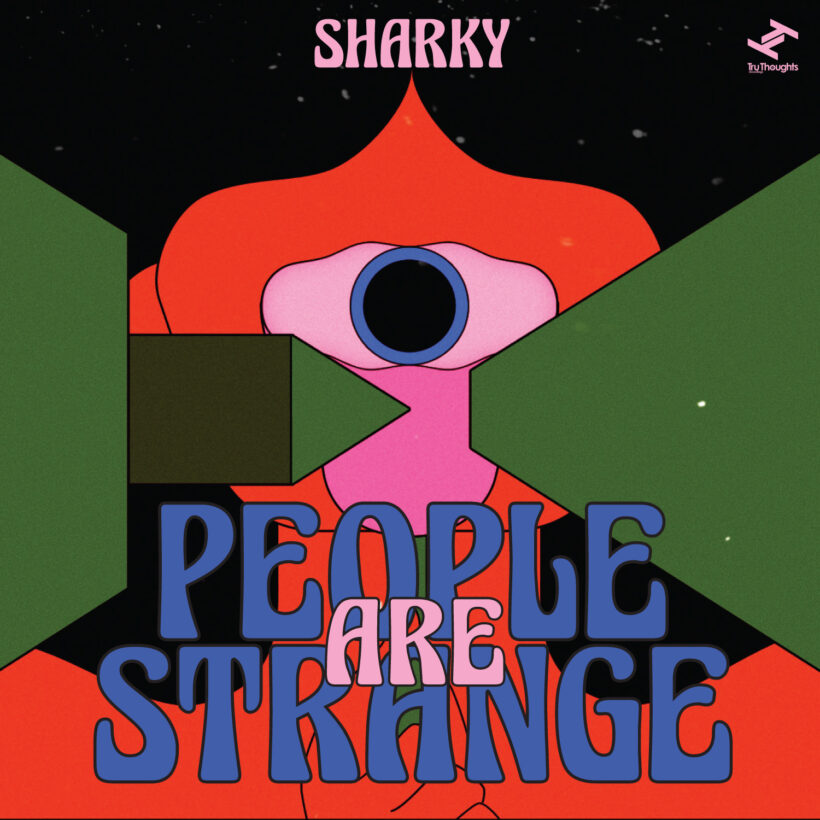 ‘People Are Strange’ is the debut album from Sharky. Pushing the surreal and ambiguous into the realm of experimental the LP is the result of shared musical understanding between Sharky and producer/husband Todd Speakman.

Their new single – the swirlingly imaginative “Night On My Mind” is out now https://truthoughts.ffm.to/nomm.OWE

The LP celebrates Sharky’s ability as a lyricist to reflect on playful and poignant themes with a sense of humour and openness to people, places, and aspects of life, all through a personal lens. On “Sad Songs” inspiration is drawn from the experiences of iconic female artists like Stevie Nicks and Gloria Gaynor and finding solace in their music when feeling lonely; “on this particular night I was drowning my sorrows and needed some feels from Stevie Nicks with “Silver Springs”, then a pick me up from Gloria with “I Will Survive””. Originally written by Sharky and performed acapella across live dates, the recorded version sees Todd orchestrate an arrangement around the band, making the original awkward time signatures sound natural and groovy.

Enticing with this emotional honesty, Sharky invites us into her ‘People Are Strange’ world. The album takes its name from a photograph Sharky took in Paris when she was 18 and the subsequent dream she had about revisiting this place. With her family facing difficulties at the time, Sharky took the opportunity to travel and be bold, starting a longer, more tumultuous journey with herself and what “self-love” means. In a sentiment echoed across the album, she states, “I’m fascinated by the beauty of the world. I feel so lucky to be alive. I wrote this song for anyone who feels they might need it”.

While reflecting on her own growth and the signposts that have marked this journey, Sharky’s writing allows space for interpretation and reflections, particularly in the interludes sprinkled across the LP. The ethereal beauty of “Babe State Tune” originally existed wrapped up in the “If You Want Me To Stay” (Sly and The Family Stone)-inspired “Tooty” before Sharky re-recorded the string parts with vocals, creating the sense of diving deep into water. “It’s magical and summarises the weight I’ve felt at times of my life”, Sharky muses, quickly adding “and it sounds like ‘Babestation’ – that programme on Channel 5 every parent didn’t realise their children were peeking at between 2005 and 2012”.

Drawing on concepts beyond terrestrial UK TV, the psychedelic earthy skit “Chequered Squares” takes influence from Salvador Dali’s Metamorphosis of Narcissus, while the beautifully pure “Try Be Happy” displays a cross-generational link between the oldest and youngest in Sharky’s family. In 30 seconds, the poignant recording between Sharky’s Nanny Joan and niece Ruby echoes generations of wisdom, wit and determination in a heart-warming demonstration of matriarchal care, love and support.

‘People Are Strange’ is available to pre-order now https://truthoughts.ffm.to/peopleas.OWE