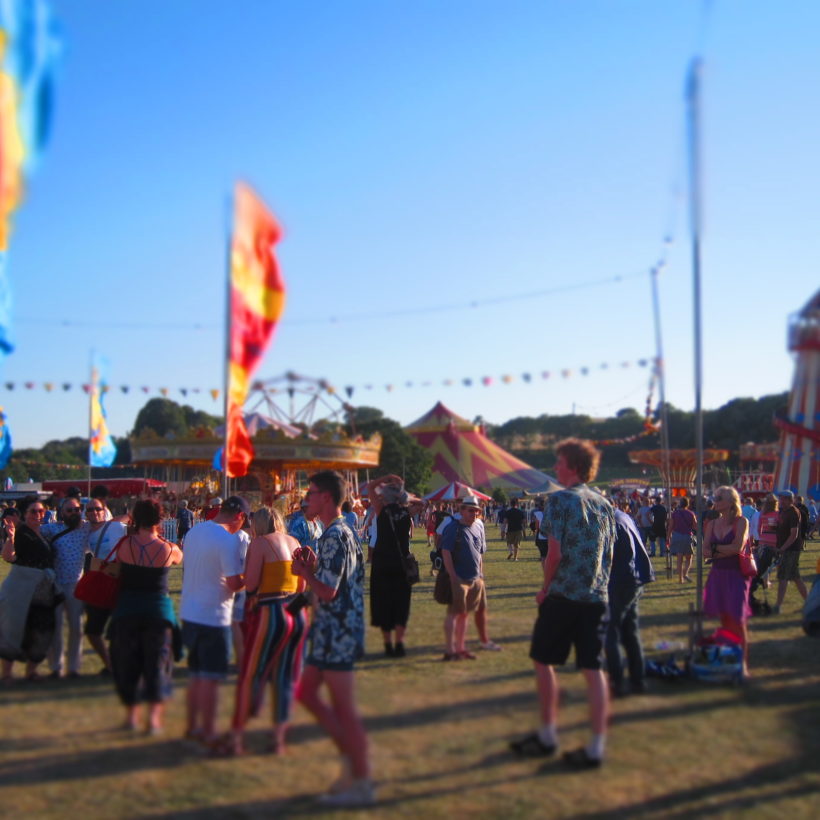 After kicking off the summer at the Funk & Soul Weekender last month in Brighton, Tru Thoughts’ 20thbirthday means you can see us celebrating at an abundance of festivals across the UK and beyond.

Taking place on 22nd June at The Clarendon Centre, Brighton Craft Beer Festival brings together over thirty brewers from around the world alongside performances from Rodney P & Skitz, Animanz, J-Felix and Wrongtom Meets The Ragga Twins. Tickets still available for some sessions.  Nikitch & Kuna Maze will be heading to the Italian region of Piedmont for a festival in Cella Monte (Monferrato) called Jazz Refound (20-23 June) before landing in Croatia for the Terminal Festival (28th -29th June) which is held in Sombor.

July sees another celebration local to the label, with A&R and co-founder Robert Luis spinning some 20thbirthday tracks at Love Supreme (5-7th July). Bryony Jarman-Pinto will also be playing, giving you two chances to party with us. Just one weekend later you can head to London to catch Animanz at Lovebox (12th-13th July), to Somerset for Irah at NASS (11th-14th July) or to Cornwall for Anchorsong at Tropical Pressure Festival (12th-14th July). Hot 8 Brass Band will also be showcasing their eclectic catalogue of funk and soul that weekend, going from Copenhagen Jazz Festival (5th-14th July) to The Beat-Herder Festival in Lancashire (12th-14th July). The New Orleans group will then be at Doune The Rabbit Hole (19th-21st July) in Scotland a week later. The last weekend of July gives even more opportunities to celebrate 20 years of Tru Thoughts. Robert Luis will take his tunes to Camp Bestival (25th-28th July) whilst Hot 8 Brass Band will be at Truck Festival (26th-28th July). Quantic will be in Japan playing Fuji Festival, fresh off the back of the release of his new album. Over the same weekend you can head to The Little Chill (26th-28th July), a festival close to our hearts with its predecessor, The Big Chill, playing a huge part of Tru Thought’s early years. This year, the festival will help raise fund for The Campfire Convention, “a new kind of conscious social media that works for its members – and seeds new ideas and social change for the benefit of all”. Label co-owner Paul Jonas will be spinning some tracks, along with a set from Alice Russell.

We will be going big in August as Tru Thoughts take over the Lighthouse Stage on the Saturday of Boomtown (7th-11th August). Alice Russell, Nostalgia 77, Rodney P, Anchorsong, Animanz, J-Felix, Ego Ella May and Bryony Jarman-Pinto will be showcasing what 20 years of Tru Thoughts truly sounds like, with Wrongtom spinning tunes in-between acts. The Lighthouse is a brand new stage for this year of Boomtown – powered fully by renewable energy, the party at the top of Whistlers Green is not one to miss. Further across the month in the UK, Wrongtom will be at Wilderness Festival (1st–4th August) and Robert Luis can be found at Gilles Peterson’s We Out Here Festival (15th-18th August). Both Animanz and Anchorshong will also be hopping overseas, at Tropen Tango in Germany (2nd August) and Another Lover Story in Ireland (16th-18th August) respectively.

Tru Thoughts will also be in various fields this Autumn. Rodney P will be at Mucky Weekender (20th-22nd), a Sussex weekender by Barry Ashworth of The Dub Pistols. Meanwhile, Manu Delago will be up in Stroud at Hidden Notes Festival (28th-29th), before hitting the Italian Kaltern Pop Festival in October (24th-26th).

Make sure you’re following us online to keep up with us through the coming months.