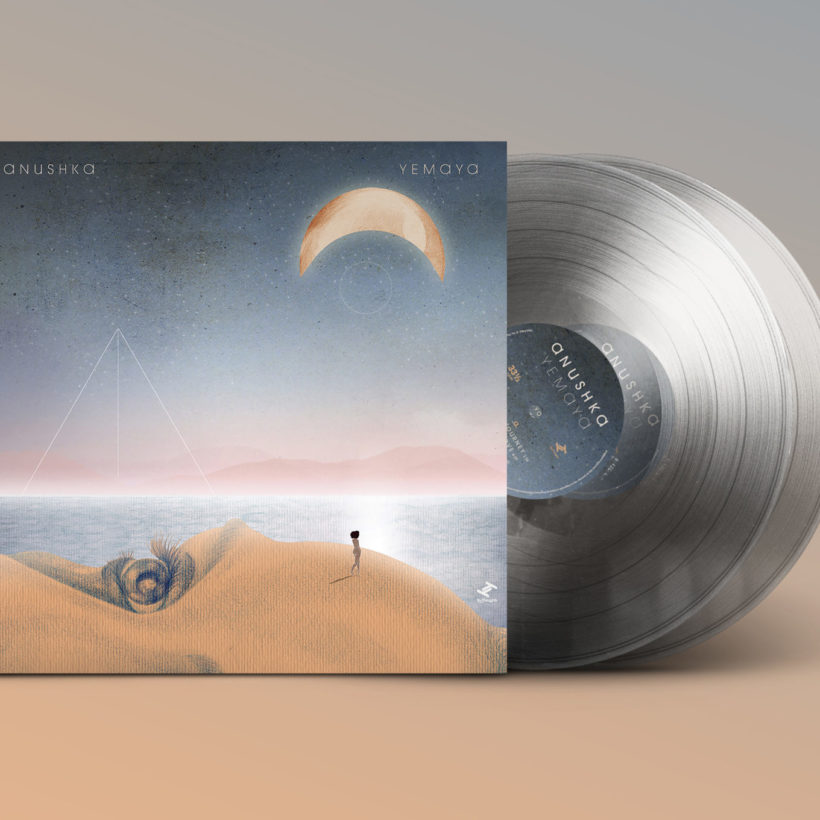 “Been a fan of them for so long” JAMZ SUPERNOVA

Victoria Port and Max Wheeler have spent the past few years letting go of expectations and settling into a sound they feel truly represents them. ‘Yemaya’ sees the band carving a new path through the realm of future soul and electronica as they push themselves to a new sound, celebrating their progression and those who have helped them on the way. Fuelled by their respect for the UK’s rich heritage of breakbeat culture, Anushka transcend the UK jazz-electronic scene, melding hypnotic rhythms with a sweet melody, carried by entrancing female vocals. The LP takes its name from the Orisha Yemaya – the Goddess of the Sea, protector of women and the Eternal Mother in the Santeria/Yoruba religion. It is believed in Santeria that Yemaya guides and supports her children, helping them to grow; as explored with the reference to the life-giving essence of water in the song “Bad Weather”. Celebrating their progression and those who have helped them on the way, the title expresses the oneness that the duo felt making the record.

This growth is explored on album opener “So Far Journey”. Written by Victoria Port (singer/songwriter) as a “call to the ancestors” with astrally charged synths from Max Wheeler (producer), it sits alongside the cosmic love story of “You My Love” and the luminous “Serenity”. Utilising the power of raw emotion and honesty on tracks “You Mine” and “Did I Wake You?” Anushka shift away from the mythological nature of relationships to recognise the importance of looking at the difficulties and hardships that come with the togetherness and growth that underpins the album, both lyrically and musically.

The album features “Go” which was built from a session between Wheeler and Ebi Soda’s Will Heaton (a track premiered by Gilles Peterson). Upon hearing the track, Port wrote the lyrics on the spot; “It’s a track against the patriarchy, against racism, against homophobia, against misogyny… It’s about letting go of all the expectations and limitations we and others place on ourselves, especially as women”. This fight and faith filters through into the closing track of the LP, “We Live In Hope”, the lyrics of the track were written by Port after the murder of Eric Garner. “I wanted to believe that in those final moments there was some kind of calm for him”, she explains. “I believe that in death we all get to return home. There is a freedom in that and there is a freedom in death. I feel like as Black people we have no choice but to live in hope that things will get better”.

The release features proceeding singles “You My Love”, “Speak To Me” and “Brave” which have seen support from the likes of Gilles Peterson, Lauren Laverne, Jamz Supernova, Nemone (BBC 6Music), Jack Saunders (BBC Radio 1), EARMILK, Music Is My Sanctuary, Clash Magazine and Toshio Matsuura.

Yemaya is available to pre-order now at HERE