London band Belleruche is made up of Kathrin deBoer (vocals), Ricky Fabulous (guitar) and DJ Modest (decks); the band was formed after Ricky and Modest, who played bizarre turntable and guitar sets in London bars, bumped in to Kathrin in the market one day; she did some singing over a cup of tea with the pair and Belleruche was born. The trio’s distinctive sound is a self-styled brand of handmade hip hop blues soul: think Sarah Vaughan, Django Reinhardt and Cut Chemist stuck in a lift with Russian beer and a sampler. Read more

A creative, hardworking and driven band right from the off, Belleruche initially released a handful of extremely limited 7” records on their own Hippoflex label, including the ‘Four Songs EP’. These individually numbered 45’s (with hand-printed sleeves) quickly sold out in independent record stores and attracted a cult following in the UK and Europe, having been hand-distributed by the band members.

In 2007 Belleruche signed to Tru Thoughts and their debut album ‘Turntable Soul Music’ was released in July of that year to fantastic reactions from fans and the media alike, garnering admiring reviews both at home and abroad and becoming the fastest-selling debut album in the label’s history. ‘Turntable Soul Music’ comprises songs inspired by rum induced nights, many of which were written in train carriages, dubious minicabs and pub backrooms around the UK. The songs on the album have been forged and reworked in the band’s electrifying live shows, from Belleruche’s initial weekly residency in the Salmon and Compass in Angel, London, to gigs all over the World. Influenced by the likes of DJ Vadim to Nina Simone to Hendrix, ‘Turntable Soul Music’ is a weird sonic trawl through a dusty basement full of the best records you’ve never heard of, whilst a voice you can’t quite pin down sings hooks you can’t forget.

2007 also saw Belleruche supporting the legendary Fat Freddys Drop on tour in Australia and at London’s Hammersmith Apollo; and – never a band in danger of gathering any moss – they spent the remainder of that year taking their alluring live set on a series of dates around Europe and beyond. The final single, and one of the biggest hits from “Turntable Soul Music” was Northern Girls, which came out in March 2008 (and has more recently been synced to a worldwide Mercedes Benz TV advert, sparking a huge surge in sales and recognition). Belleruche then played a range of 2008 festival dates at home and abroad, including Glastonbury and the Montreux Jazz Festival, where they struck up an impromptu onstage jam with The Raconteurs and Vampire Weekend – reportedly one of the highlights of the festival.

Their star started to rise even higher with the release of the highly-anticipated sophomore album “The Express” in October 2008. The first single “Anything You Want (Not That)” was awarded the coveted Single Of The Week spot on iTunes and the album hit No. 1 in the iTunes electronic album chart. With major daytime radio support including Nemone on BBC 6Music, Belleruche’s second, more bluesy album delighted the old faithful while also bringing them to the wider world’s attention and garnering many new fans. One such new convert to the Belleruche magic was Mark Lamarr, who brought them in for a live Maida Vale session for his God’s Jukebox show, then on BBCRadio 2.

The “Liberty EP” came out in March 2010, previewing material from album number three and showcasing yet another evolution in the Belleruche sound. It sold out and had to be re-pressed within two weeks.

The full fruits of their labours were then revealed with the release of the ‘270 Stories’ album in October 2010; an acclaimed concoction of playful basslines, honeycomb vocal harmonies and tight song structures, the album harnessed the chaotic charm and beautifully dishevelled energy of their music for a powerful result. The lead single, “Clockwatching” (backed with an unusual, dubby electronic cover of the Beat’s “Mirror In The Bathroom”) caught the world’s attention, gaining a host of major radio play in the UK and beyond, including Huey Morgan (BBC6Music), John Kennedy (XFM), Ross Allen (Ministry Of Sound) and more, and the highly creative promo was picked as Video of the Week on the 6Music lunchtime show. Testament to their ever-growing and diversifying fanbase, Belleruche found themselves in high demand, performing live sessions on shows including Craig Charles’ Funk and Soul Show on 6Music and BBC Radio 4’s Clive Anderson-presented ‘Loose Ends’ magazine programme. The second single, “Fuzz Face”, won Steve Lamacq’s Rebel Playlist on BBC 6Music, and received heavy support across the network’s daytime programmes. Belleruche spent the last quarter of 2010 touring the album around the UK, France and North America; they then headed out to Australia in early 2011, hopped back over to the US for a triumphant stint at SXSW, and hurtled straight into more dates in Europe and another comprehensive tour of the UK, which saw them headline London’s Koko to a packed house. 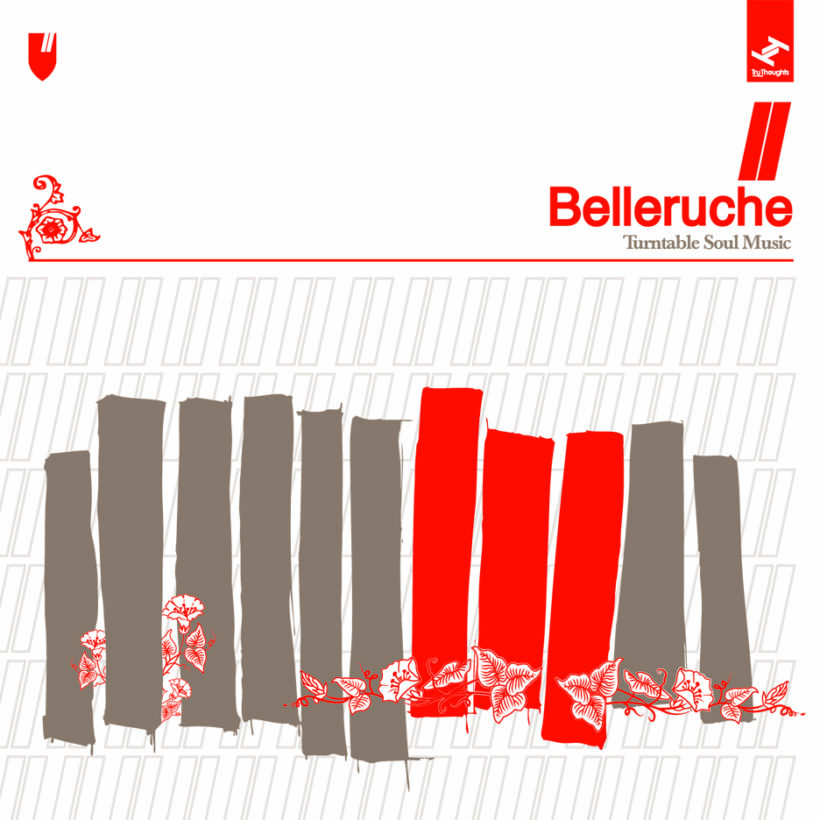