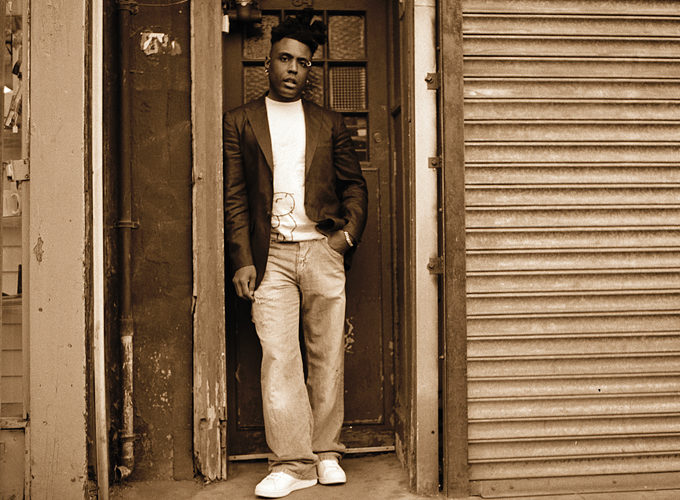 After making contact through Omar’s work on the Maddslinky album we are pleased to be re-releasing his classic album “Sing [If You Want It]”, as well as previously unavailable material. Rob Luis actually licensed an Omar track for our Vocalise compilation back in 2002.

With 6 albums to his name, Omar’s CV is impressive, including collaborations with Stevie Wonder (who has been a fan of Omar’s music since he first heard ‘There’s Nothing Like This’ back in 1992), Angie Stone, Common, Estelle, Rodney P, JC Bentley, Canitbe and Ashman and releases on Gilles Peterson’s Talking Loud label. We’ve been following Omar’s adventures since he first came to prominence more than a decade-and-a-half ago, when his debut single for indie label Kongo Dance ‘Mr. Postman/You And Me’ made him a hot name on London’s underground. It was soon afterwards that the success of his Ohio Players-influenced love ballad, the much celebrated ‘There’s Nothing Like This’, led to his signing to Gilles Peterson’s Talkin’ Loud label. Omar released a couple of albums for the Phonogram affiliate during 1992/3. Thereafter Omar signed to RCA, for whom he cut two further albums that notched up acres of critical acclaim as well as introduced him to several of his musical heroes and heroines. On 1994’s “For Pleasure”, the set that includes such Omar signature songs as ‘Saturday’, ‘Outside’ and the Erykah Badu favourite ‘Little Boy’, he worked alongside the legendary former Motown producers Leon Ware and Lamont Dozier. ‘97’s “This Is Not A Love Song” was largely a collaboration with LA-based producer David Frank. By 2000, Omar had moved on again, this time signing up with hip French imprint Naïve Records. The following year, now well established as the leading icon of the UK’s resurgent soul movement, Omar released his fifth album, “Best By Far”, a self-produced set on which he allowed his interest in cinematic soundtracks and jazz to rise to the surface. Once again, the star names turned out: on the album version of ‘Be Thankful’, a re-cut of the William DeVaughn seventies soul hit, it’s Erykah Badu who came good on her promise to work with our man. [On the version released as a single, it was Angie Stone on co-lead.] Meanwhile recent MOBO winner Kele Le Roc supplied the strident lead on the anthemic groove ‘Come On’, also a single edit. A former principal percussionist of the Kent Youth Orchestra and later graduate of the Guildhall School Of Music in London, Omar has now been making music for more than 21 years. And while it would be true to say that during that time the high quality of his work has not really been reflected by number of pop hit singles he’s enjoyed, there’s certainly no sign of his being discouraged. Quite the contrary in fact: with “Sing [If You Want It]”, Omar embarked on a new phase of his career, one that’s designed to bring him directly to a wider public than ever before. Omar recently released It’s So EP in November 2011 and is currently working on his seventh album ‘Be A Man’.