Quantic and his Combo Barbaro

On the crest of a burgeoning worldwide wave of interest in the lesser-tapped sources of music from the Caribbean, Latin America and Africa, Quantic and his new band, the Combo Bárbaro, are leading the charge. The stunning album, ‘Tradition In Transition’ sees this international cast of acclaimed musical creators fusing those rediscovered psychedelic, experimental and rhythmically rich sounds of the past with deep funk and soul elements, giving life to an explosive sonic snapshot of the eclectic and ever-evolving musical landscape of the Americas.

In 2007 Will ‘Quantic’ Holland moved to Cali, Colombia’s third largest city, to pursue his passion for both unearthing lost treasures from Colombia’s musical past and making new music with the golden array of talent available today. As a travelling music maker/DJ, continually searching for unconventional destinations to both find and showcase his music, Holland found it to be a rewarding move, and Colombia was to prove a perfect home-base to fuel his remarkably prolific creativity.

Since he settled in Cali, Holland has set up an analogue studio and recorded and released two albums (2007’s highly lauded ‘Tropidelico’ by The Quantic Soul Orchestra; and the debut from his tropical-dub side project Quantic Presenta Flowering Inferno, in 2008) featuring some of the cream of Cali musicianship. Upon realising the potency and sheer depth of quality present in these players, Holland assembled his Combo Bárbaro (literally translating as ‘group of barbarians or people from outside Europe’) to take up the baton from The Quantic Soul Orchestra in the realisation of the next phase of his musical vision.

The stellar array of musicians at the core of the Combo Bárbaro are: pianist Alfredo Linares, who wowed the sell-out crowds with his virtuoso performances on The Quantic Soul Orchestra’s 2008 tour; Freddy Colorado, the energetic, charismatic cornerstone of the Cali music circuit, on congas; Fernando Silva on baby bass; William Holland himself on electric guitar; and London-based drummer and long time Quantic collaborator Malcolm Catto, also well known for his own band The Heliocentrics, in fine form. ‘Tradition In Transition’ also benefits incalculably from the talents of veteran Brazilian writer, arranger and musical innovator Arthur Verocai, who scored and directed a 12 piece string section on several themes. Legendary Panamanian soul singer Kabir lends his rich vocal tones to two tracks; Indian-born singer Falu, now based in the USA, brings her beguiling mix of North Indian Classical and rock-influenced vocal styles; and Pacific folklore singer and award-winning songwriter Nidia Góngora contributes her beautiful song “Un Canto A Mi Tierra”.

In crafting the sound of Quantic and his Combo Bárbaro, Holland felt it was imperative to have the core stable of musicians in the same room, creating an organic dialogue between them – a simple rule which, in an age of drum machines, samples and voice correction, is all too often overlooked. People will be instinctively drawn time and again to revisit the music made in this traditional, substantial way, undoubtedly because strange, unexpected things take place, musicians improvise and exciting musical statements are made, and this was the environment needed for the recording of ‘Tradition In Transition’. The result is a multi-cultural patchwork – a record bathed but not exclusively rooted in Colombian musical culture, embracing the musical range of all the American continent – honouring and utilising its contributors’ individual backgrounds while conjuring up a unique brand of contemporary music that is a joy and a celebration to listen to, and a live experience that defies comparison. 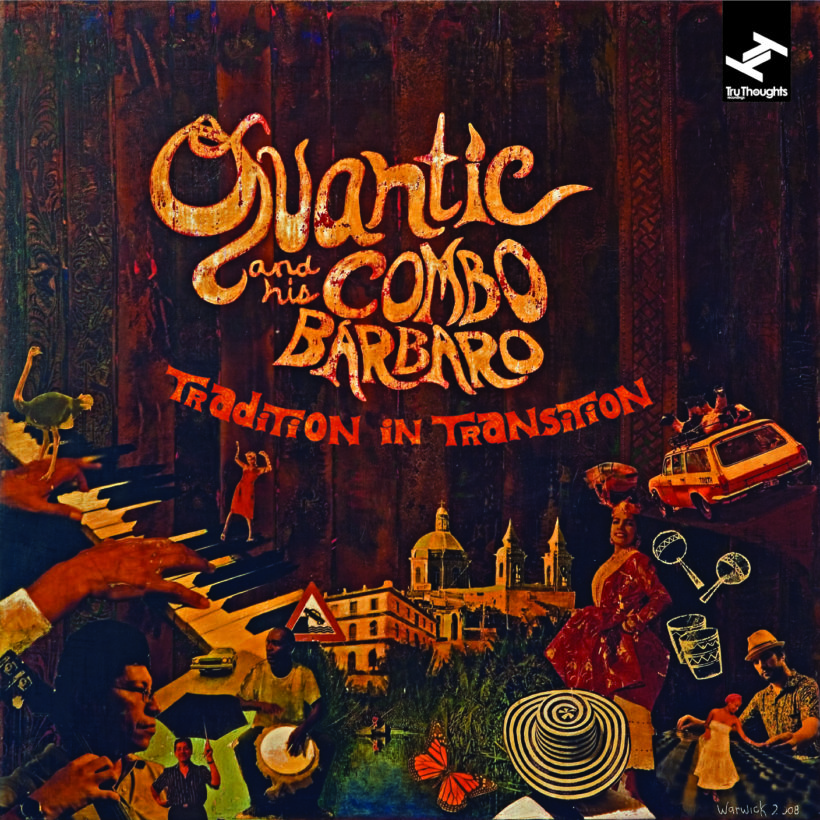 Quantic, Quantic and his Combo Barbaro