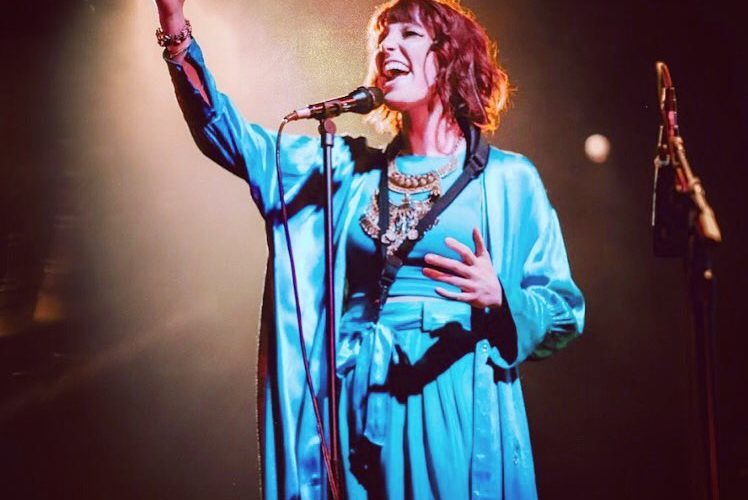 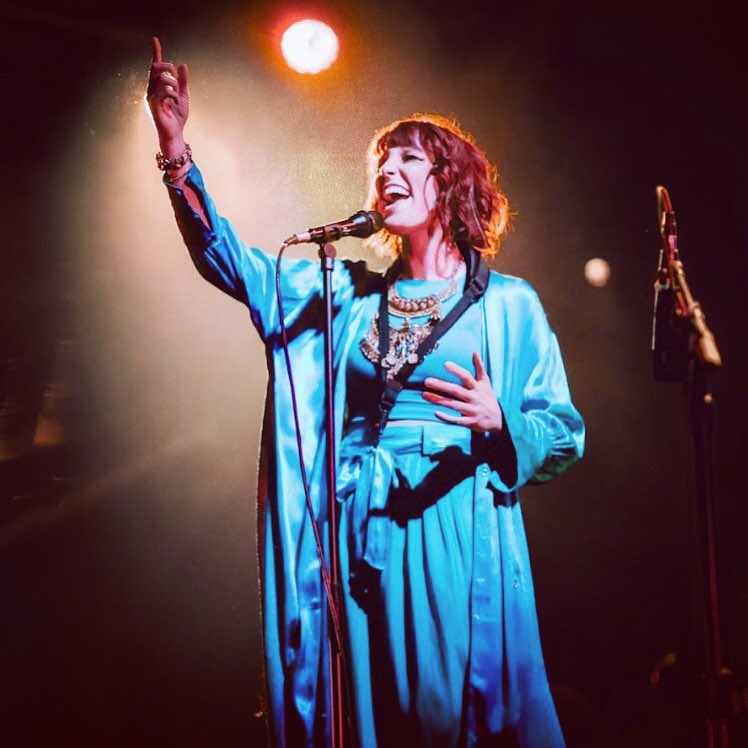 International Women’s Day is here! Today in our IWD interview series we’re talking with Amber Navran from Moonchild. An inspirational and multi-talented musician, Amber is setting the world standard for neo-soul. Forming Moonchild in 2012, the trio have enjoyed widespread international success, with streaming figures in the millions.

You can listen to Moonchild here.

What is your favourite empowering female track and why?

Formation by Beyoncé. It’s so powerful and empowering, and the video is incredible. To me, it’s about working hard, grinding, and shining. Of course, it’s about much more than that culturally. I dance to it after I do my vocal warmups at home before I start recording.

Have you found there to be any pressure to fit in to a particular role in the industry?

Yes, beautiful singers. My perspective is that of an instrumentalist who was encouraged to be a vocalist. I think most female instrumentalists are pressured into singing early on. All of them are asked if they’re singers, and many of them are told they should be. If nothing else, people are surprised to see them playing their instrument, and shocked when they do it well. The baseline assumption is a lower expectation. I don’t think a man in my position as a college freshman studying jazz saxophone would’ve been encouraged to sing in the same way I was.

Singing is a very difficult, valuable skill that takes time and energy to learn. So when female instrumentalists take it on earlier in their musical education, it takes time away from mastering their instruments. That’s why you might see women who can sing and play well, and men who play incredibly. The difference is – men are given the space and encouragement to master their primary instruments first.

The other issue that I’ve been thinking about is the beauty standard for female performers. Many of us end up spending two or three times as much money and time (that we could be spending creating or practising) on the way that we look when we’re performing. There is a higher standard for women on stage in my experience. While I enjoy parts of the process, the disadvantage it puts us at has been on my mind.

In your opinion, is there enough being done by the music industry to give women equal opportunities in music?

No. Especially for women of colour in the music industry. I think for the problem to be fixed men need to be consciously trying to have a balanced gender makeup (and diversity) in their bands. In my experience, that’s not something that many men consider when making decisions about who to call for the gig. The problem would be fixed much faster if they did, because of their vast majority. Women aren’t given as many opportunities or chances to challenge themselves, so there are more men who are more skilled because of this lack of consideration. And there’s the giant issue of white privilege and it’s role in this opportunity gap. I would urge men to call a woman of colour they don’t know over their normal guy the next time they need a bass player, producer, drummer, pianist, etc. There is no shortage of talented female musicians, engineers, and producers of colour – find them and hire them!

Have you felt attitudes change towards women in music throughout your life?

Yes. I’ve felt it getting better slowly – fewer men who don’t know me assume I’m the girlfriend, and more men assume I know what they’re talking about when they’re talking about production and music theory. But I’m not sure if that’s because I put out a solo project showing that I knew my shit, or if it’s general attitude. It’s probably a mix of both. I think social media is helping showcase women and making a woman who’s great at her instrument (any instrument) a less surprising thing for people to come across. I think it will continue to get better, but it will get better faster if women are lifting each other up, and if men are putting in a conscious effort into recognising and battling the stereotypes ingrained in all of us.

Where do you feel most free to be creative?

In my closet studio with nothing to do, incense burning, and a logic session open.

How do you make yourself heard?

Create all the time. Release music. Post videos. Do things you don’t think you can do, then prove yourself wrong. Point out moments when the men around you are making assumptions about you or about the women they encounter in the industry and counter them. Empower the female musicians around you. Make yourself a part of the conversation even when someone doesn’t include you because of an assumption they’ve made.

Who helped you to get to where you are today?

My bandmates Andris Mattson and Max Bryk. I had the privilege of learning from my two favourite producers in the world by watching, asking questions, and collaborating. I’ve learned so much from them and they’ve given me so much encouragement. Also Jazzy Jeff, 9th Wonder, and Jill!

Moonchild’s manager Daniel Kellner has had my back from day one. My voice has always been heard, my opinion has always been considered, my worth has always been respected. I think we could’ve easily ended up with a manager who valued the opinion of the men in the band more than the female singer – but I lucked out. He’s done so much for us and I don’t take the fact that he’s always seen me as an equal member for granted.

If you could offer some advice to women in the music industry, what would it be?

Support other women. Support women of colour. Believe that you deserve to be where you are. Make your voice heard. Push yourself to do things you don’t think you can – you’ll surprise yourself. Be self sufficient but also collaborate. Find people who give you the respect you deserve and build a community.

You can follow Amber online here and her work with Moonchild here.