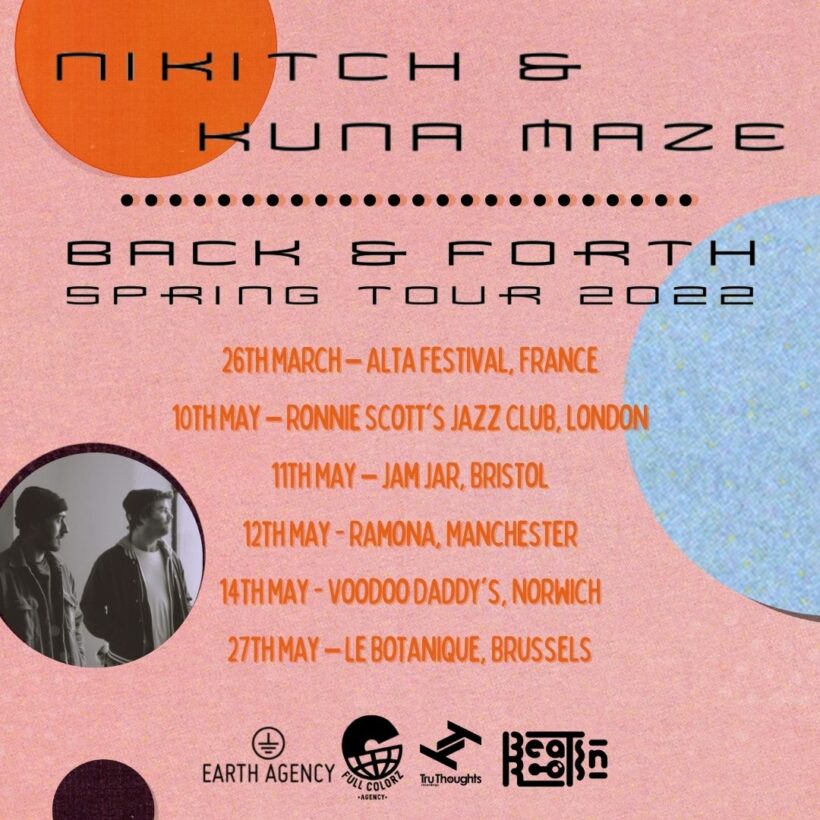 Nikitch & Kuna Maze have annouced their new album ‘Back & Forth’ with the single “La Di F…Da” and tour dates.

France-via-Brussels duo Nikitch & Kuna Maze, aka Nicolas Morant & Edouard Gilbert, make a solid return to form with new album ‘Back & Forth’. Building on the signature sounds the duo developed on their first full-length LP ‘Debuts’ – that was praised by the likes of Gilles Peterson, Tom Ravenscroft (BBC 6Music), and Music Is My Sanctuary – ‘Back & Forth’ is a deeper and more radically aesthetic approach to its predecessor.

‘Back & Forth’ is released on vinyl and digital, and is available to pre-order HERE

Lead-single “La Di F…Da” accentuates the duo’s flirtation with house music, delivering a road-tested crowd-pleaser that playful meshes dub sirens and Nervous Records-esque vocal stabs with elements of Brazilian samba and protean brit-funk energy. A reference to a Mark Wahlberg quote from the iconic Martin Scorsese film The Departed, “La Di F..Da” evolved from an in-joke on tour to a dance floor-filler at shows.

The ‘Back & Forth’ Spring Tour sees Nikitch & Kuna Maze play dates in France, the UK and Brussels.