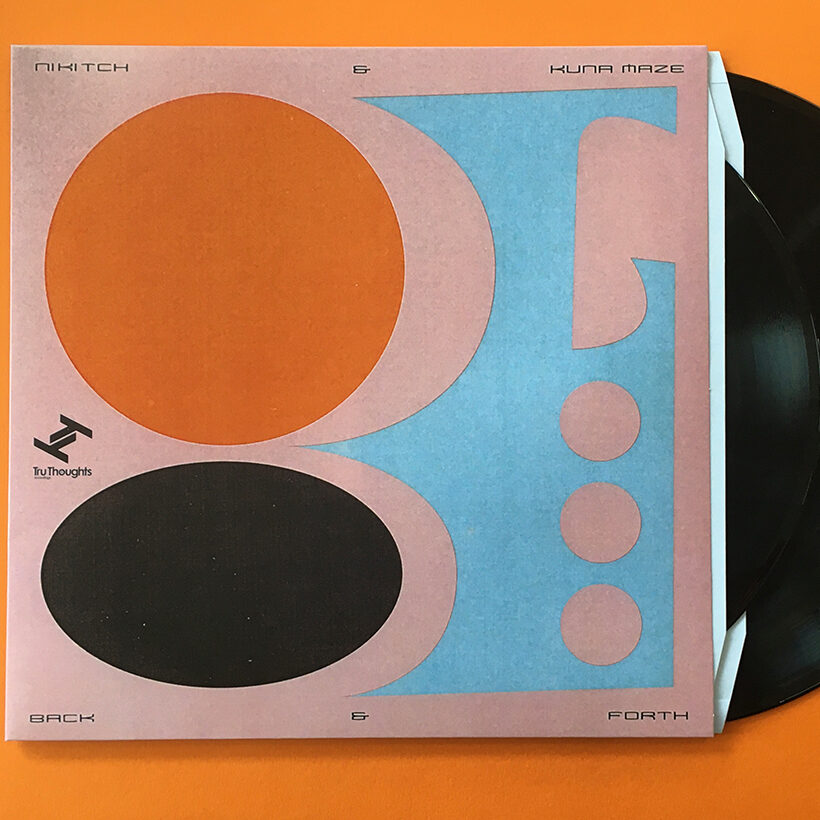 Nikitch & Kuna Maze’s new album ‘Back & Forth’ is out now on double vinyl and digital, buy/stream via https://truthoughts.ffm.to/backforth.OWE

France-via-Brussels duo Nikitch & Kuna Maze, aka Nicolas Morant & Edouard Gilbert, make a solid return to form with new album ‘Back & Forth’. Building on the signature sounds the duo developed on their first full-length LP ‘Debuts’ new release ‘Back & Forth’ is a deeper and more radically aesthetic approach to its predecessor.

The collaboration project between Nicolas and Edouard began when the duo met at the Chambery Jazz Conservatory in France. Before attending university to study jazz, both artists had trained in classical music while growing up in the Lyon countryside.  Both prominent artists and DJs in their own right, last year Nikitch released his debut album ‘Chromatism’ on Casamance, while Kuna Maze dropped a new EP titled “My Fish Is Burning” on Tru Thoughts, held down a residency on Kiosk Radio and launched his live band.

Nikitck & Kuna Maze will be taking ‘Back & Forth’ on the road with drummer Victor Pascal with dates throughout the summer, and album launch parties at the prestigious ​​Le Botanique, Brussels and Ronnie Scott’s Jazz Club, London.