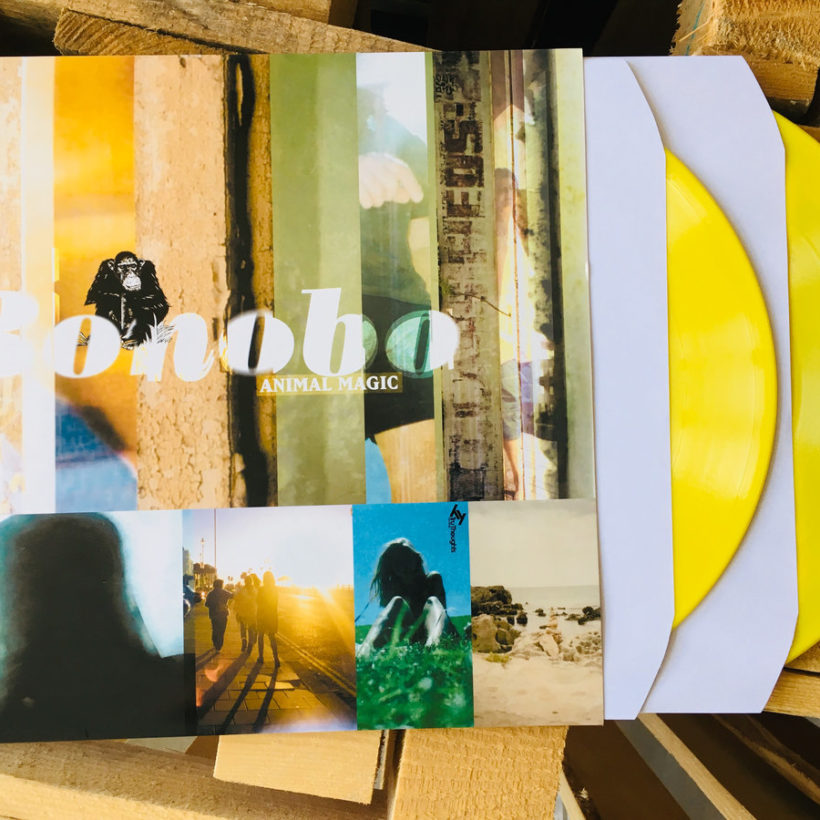 This week marks 20 years since the release of Bonobo’s debut album ‘Animal Magic’. Here Robert Luis shares some thoughts on how it all came about.

The flyers for Tru Thoughts’ weekly club night at the time ‘Phonic Hoop’ states the album was released on Monday 17th July but Discogs says the 25th July. I cannot remember exactly, it may have been delayed. I launched the label with the ‘When Shapes Join Together’ compilation and Bonobo was a last minute addition to the compilation, thanks to an introduction by Quiet Storm aka Neil (who is on the comp). I told Neil I still needed some music for my new label and Neil recommended Simon (Bonobo).

I called Si or Si called me and he then hand delivered a demo though the post to the flat I was staying in at the time in the centre of Brighton. I think this is the cassette tape pictured. I called Si up and said I was into all the music on the tape and asked if I could put ‘Terrapin’ on the compilation. I also asked if he had enough music to put together an album as I wanted to release artist albums more than singles. At the time I asked all the artists who gave music if they could do an album but Si was the only one who kept sending me music (see Mini Disc photos) without too much chasing up on my part. After the first single ‘Terrapin’, there began to be a good buzz about Bonobo with interest from XL Recordings amongst other labels. The interest from other labels delayed the initial release of the album on Tru Thoughts. XL eventually sent an offer but it was quite low and I said to Si I think we could do a good job on Tru Thoughts. Si said that the only label he would like to sign to was Ninja Tune. So we did a verbal deal saying Tru Thoughts would release ‘Animal Magic’ and Paul Jonas (my business partner at Tru Thoughts by this point) and myself would see if we could get Si a deal at Ninja Tune for his next music journey. Writing this now it possibly sounds a bit crazy that Si turned down a deal at XL to stay with a label who had never released an album by an artist. I always appreciate Si putting that trust in us. The ‘Animal Magic’ album on Tru Thoughts then became a real fast track learning curve on how the music industry worked. We managed to get Si a deal at Ninja Tune and then licensed the ‘Animal Magic’ album to Ninja Tune in the USA. Pete Quicke at Ninja Tune was someone who also subsequently gave me a lot of great advice on running a label and publishing, which was so helpful for Tru Thoughts in the first 4-5 years of the label.

‘Animal Magic’ went on to sell about 20,000 copies in the first year or so, which also helped us build up the foundations of investment into Tru Thoughts and the artists we signed soon after. Also, it is important to remember the equipment Si used to record this album was really basic including a 4 Track Tape and and old Atari computer. It is great to see Bonobo continue the hard work to get where he has today since he signed to Ninja Tune and I always feel blessed to have been an early part of this music story. The other photos are the initial Test Pressing of ‘Animal Magic’, Bonobo’s debut gig at The Big Chill, the HI8 tape I recorded his launch gig at Phonic Hoop on, a picture of Si Bonobo, Paul Jonas, Me and Quantic in the DJ Booth at Phonic Hoop and various tapes and Mini Disc demos of Animal Magic.

Vinyl and digital copies of ‘Animal Magic’ are available on Bandcamp