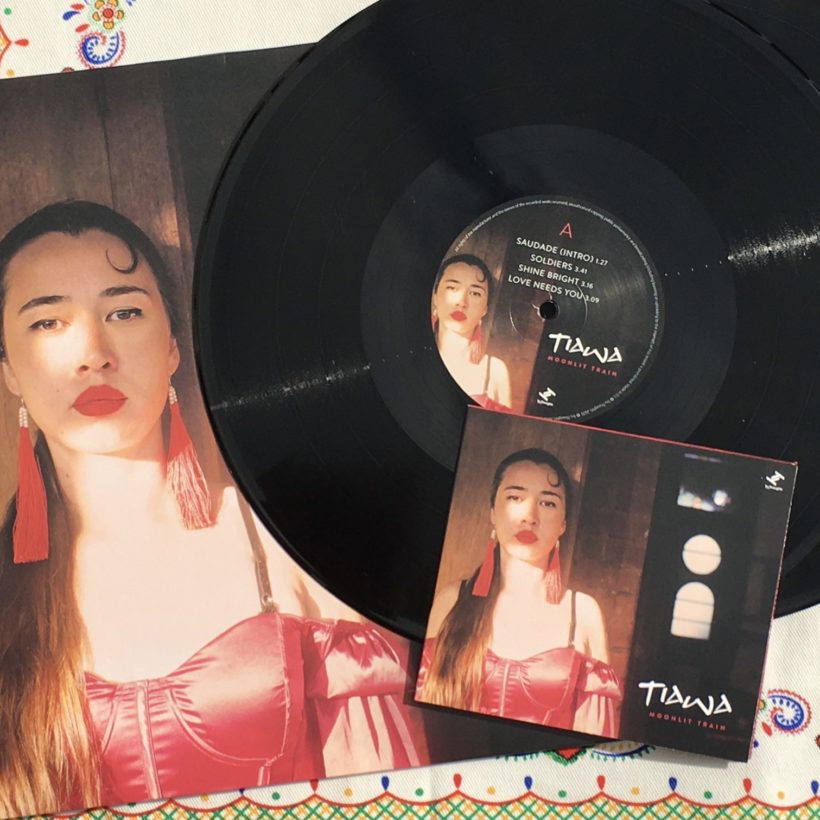 ‘Moonlit Train’; a conceptual record that maps a metaphorical train journey from relationships through to healing and liberation.

Gently easing between soul, 90s hip-hop and Latin-folk that harks back to Tiawa’s Portuguese heritage, the inspiration for the LP comes from the rebellious spirit of reggae, the pace of lyricism in reggaeton, and the romanticism of doo-wop.

Fusing soulful vocals with the jagged edge of a rap-styled flow, Tiawa’s vocal delivery is perfectly matched to producer, collaborator and multi-instrumentalist Jack-Chi, a Bristol-veteran who cut his teeth as a producer in the city. The album sets the stage for a new chapter in Tiawa’s career after having made an assured debut on iconic dubwise-label Roots Garden with the reggae-riddim slant “Pain Killa”, which was championed by legendary DJ David Rodigan on BBC1Xtra. Tiawa has now laid the foundation for her timeless yet graceful sound, and a lyrical maturity that confutes her youth, already seeing support from the likes of Cerys Matthews and Jamz Supernova (BBC 6 Music), Rob Da Bank (Worldwide FM) and Robert Elms (BBC Radio London).