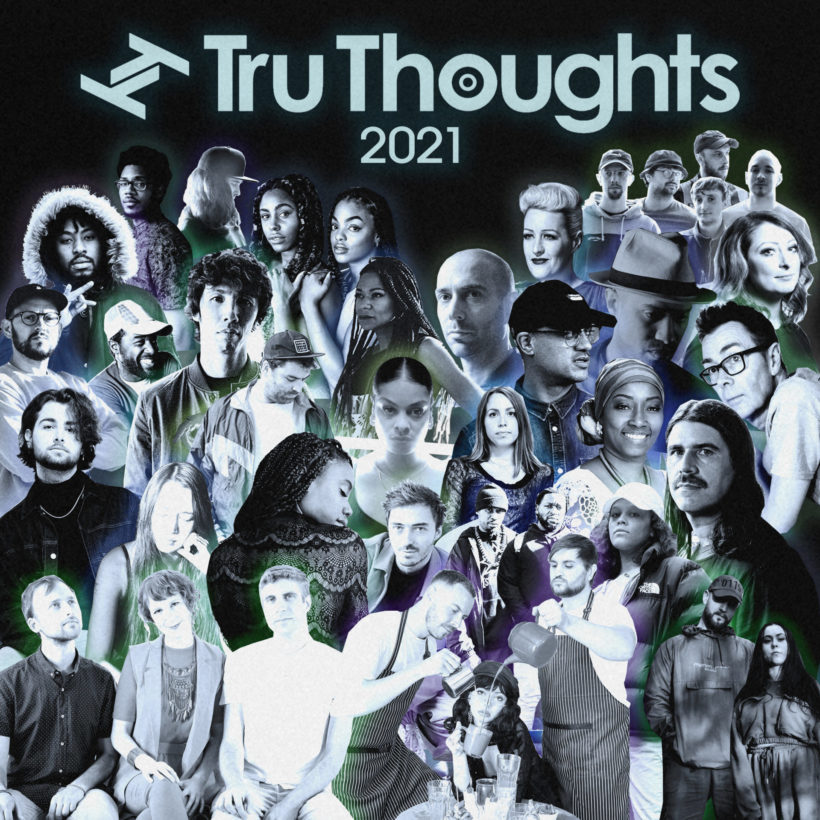 As we wrap up another challenging year, Tru Thoughts are proud to present ‘Tru Thoughts 2021’ the latest instalment from our annual compilation series. Curated by A&R, founder and co-owner Robert Luis, the 29-track digital comp celebrates the best of the wide-ranging, diverse and international roster whose music spans neo-soul, broken beat, grime, cumbia, jazz, electronica, hip-hop and the many genre cross-pollinations in-between.

Featuring the finest of Tru Thoughts’ classic artists, new signings and inspired remixes, this compilation highlights the dynamic journey and sound of the label over the past 12 months; and acts as an opportunity to showcase the label’s stalwarts alongside a fresh generation of musical talent from across the UK, US, Belgium, France, Colombia, Italy, Israel, Mexico and Japan.

These acts sit alongside heavyweights in the game. Quantic, one of the most prolific names in alternative dance music and Colombian folklore singer-songwriter Nidia Góngora, combined for a spellbinding collaboration praised by The Guardian, Rolling Stone and across BBC 6Music. Afronaut, broken beat pioneer and founding member of Bugz in the Attic, makes his debut on Tru Thoughts gaining plaudits from Gilles Peterson, Benji B and Jamz Supernova. Anchorsong, the Japanese loop manipulator, creates soundscapes of the mind, with Don Letts, Tom Ravenscroft (BBC 6Music) and Jamie Cullum (BBC Radio 2) giving their seal of approval. And, Moonchild – alt R&B LA-trio, make a magnificent return to form with a new album and world tour!

“The end of the year label compilation always allows some time for me to reflect on the year and with lots of changes happening in the real world, it feels good to see Tru Thoughts continue to support new artists on their journeys with debut albums from WheelUP, Crafty 893, Tiawa and Hemai alongside releasing music from more established artists like Anushka, Afronaut and Quantic who continue to be creative. This end of year round-up covers a lot of music genres from Soul and Broken Beat to Jazz, Grime, Bass and many more, featuring artists and influences from across the world.” Robert Luis (Tru Thoughts A&R, founder and co-owner)