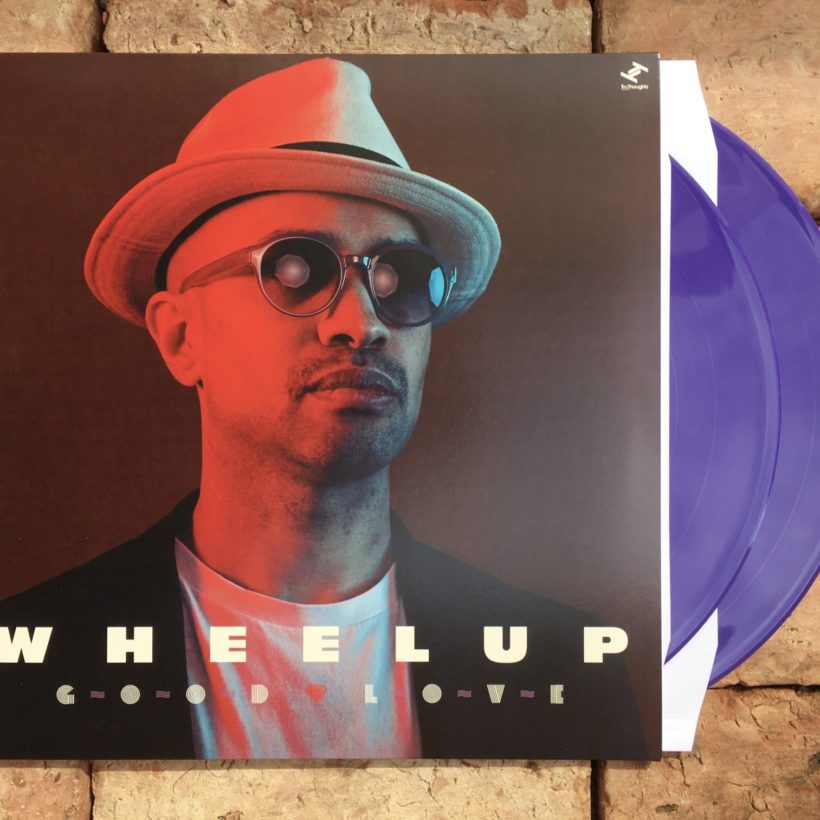 “Good Love is something that I generally want to see in the world. It’s timeless broken beat. Overall, this LP is my pursuit of broken beat excellence”. WheelUP aka Danny Wheeler

“‘Good Love’ is an amalgamation of WheelUP’s history and success, a record that places him alongside legends within the scene such as IG Culture and Marc Mac, as well as contemporaries EVM128 and Neue Grafik.” Selectors Assemble

‘Good Love’, is a record that effortlessly fuses broken beat/bruk with hip-hop, neo-soul, nu-jazz and a host of dancefloor-ready experiments. The LP boasts collaborations with Afronaut – broken beat pioneer and founder of Bugz in the Attic – on title track “Good Love” and album focus track ‘Elana’; drum and bass duo Pola & Bryson”s illusive alter ego Abacus on the jazz-improv “Les Deux Magots” and bruk-classic “Rise Above”; and one of the most well-known and loved voices in broken beat Bembe Segue, who has collaborated with the likes of Jazzanova, IG Culture and now WheelUP on the electro-boogie inspired “Fusion”. ‘Good Love’ showcases WheelUP’s flair for highlighting and nurturing new talent, Alabamian rapper Brint Story meshes US hip-hop on Trump-diss “Stay For Long”, lead-single “Good Love”, which also features vocalist Destiny Will, and the timeless closure “Raised Vibrations” while Tru Thoughts label mate and MC/singer-songwriter Tiawa adds her unique vocal flow on “Take Me Higher”

The release of ‘Good Love’ comes as the lates single taken from the album “Take Me Higher feat. Tiawa” spends it’s 4th week on the BBC Radio 6 Music playlist and being supported by DJs across the channel, with the track receiving early support from Jamz Supernova through to it’s most recent play from indie stalwart Steve Lamacq.

As an artist, producer and DJ of dual heritage, Zimbabwean and British, growing up in the epicentre of bruk that is West London and around the likes of Goya Music, IG Culture and Kaidi Tatham it was only natural that Danny would gravitate towards the ‘West London Sound’; as WheelUP puts it: “It’s in my musical DNA”.