Simon Green aka Bonobo debuted in 1999 on the impressive Tru Thoughts compilation ‘When Shapes Join Together’. Now regarded as one of the most prominent electronic artists of our time, Bonobo’s beginnings as a talented DJ and producer all started under the guidance of Tru Thoughts’ A&R Robert Luis, and at label nights in Brighton such as Phonic:hoop, where Bonobo began to play all-night DJ sets.

While based in the creative seaside town with Tru Thoughts, Simon released his iconic debut LP ‘Animal Magic’ and a handful of EP’s and singles such as ‘Scuba’, ‘Terrapin’ and ‘One Offs, Remixes & B-Sides’, and DJ’d across Europe and North America with fellow Tru Thoughts and Ninja Tunes artists.

Growing up in rural Hampshire, with a father heavily involved in the British folk scene, Simon recalls having endless folk jams in the house; “There would be random banjo and violin players crashing in the garage for the weekend”. However, like most adolescences’, Simon wasn’t into his dad’s musical tastes at the time. “I was a grubby little skater, back then, listening to alt-rock, hardcore and hip-hop”.

Green soon after started learning to play the guitar, piano, 4-track tape recorders and effect pedals in this period, building up the soundscapes which would later form the starting point for creating ‘Animal Magic’.

His move to Brighton marked an important milestone in his musical maturity, the city acted as a vital influence – allowing him to develop his skills at drum programming and producing abilities while DJ’ing relentlessly around the fertile and artistic seaside town.

Releasing ‘Animal Magic’ in 2000, an album that uses both live and recorded sounds fused with smooth loops, announced Simon Green as a serious talent on the scene, bringing a true musician’s edge to electronica. Afterwards, he was picked up by Coldcut’s label Ninja Tune, working with Mr Scruff and releasing five more albums, including cult classic and breakthrough release ‘Black Sands’, and evolving his DJ performance set up to a full orchestrated live band, re-working his old material to new levels. 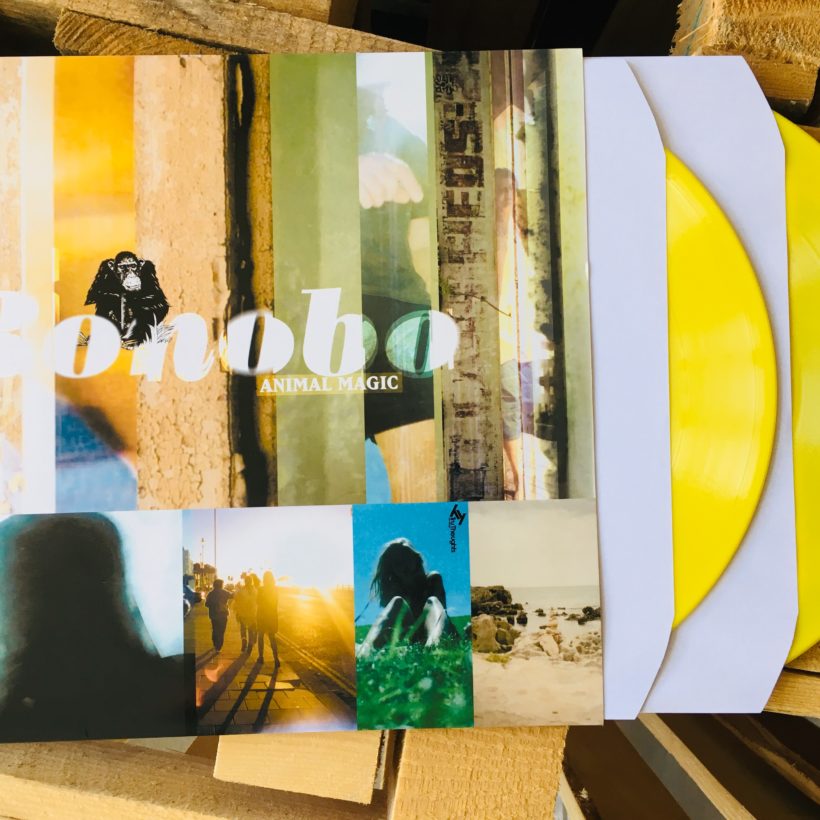