Youngblood Brass Band are focused on creating consistently progressive, groundbreaking acoustic music, and employing whatever sonic means necessary to do so. The ten-member ensemble hail from all over America (Madison, New Orleans, New York, Nashville, Minneapolis, Chicago) and have been unleashing their crash course in hip-hop/brass band/improv/punk on stages worldwide since 2000. What other band can claim the honour of having their music spun by DJs like ?uestlove (of The Roots), working with hip hop luminaries like Talib Kweli, having their original compositions performed by student marching bands and jazz ensembles around the globe, and still not be out of place on an all-punk bill? What other band brings together the ostensibly disparate worlds of the trombone geek and the backpacking b-boy?

Youngblood have headlined countless tours worldwide, selling out dates in over 20 countries. Their festival résumé reads like a list of the most important music events in the world: Roskilde, Glastonbury, Lowlands, Pukkelpop, SXSW, CMJ, North Sea Jazz,WOMAD, ad infinitum. Incendiary live shows have secured the band’s status as an incredible group to witness, whether in an intimate club setting or in front of thousands on a festival stage.

Youngblood then released two more albums on Layered Music – 2005’s ‘Live. Places.’ and 2007’s ‘Is That a Riot?’ – both of which accelerated the band’s notoriety. They also continued engaging in frequent educational work, stopping at high schools, universities and institutions to offer workshops on New Orleans music history, jazz improvisation, hip hop culture and the creative impulse.

It is through this work that Youngblood has acquired cult status among young musicians, and it can probably be said that no other band has achieved such market infiltration without ever having major media, industry or publicity backing behind them. Perhaps the world secretly desires a music that is honest, intense, danceable, intelligent, and devoid of the self-consciously vain irony that prevails in most current entertainment. Perhaps there is also something to be said for nine small-town high school kids from Wisconsin getting together and deciding to make radically explosive new music with nothing but the instruments they play in the school band and a few years of sweat.

Whichever it is…the roof-tearing shows, the educational aims, the small town roots, the no-smirks honesty, the fist-pumping anthems for cool kids and geeks alike…Youngblood Brass Band has become an institution, one that demands to be seen and heard. Rigorous dancing is also acceptable.

Their new album ‘Pax Volumi’ will be released in the summer of 2013 on Tru Thoughts; it will be preceded by the “20 Questions” single on 3rd June.

“It would take a hard heart indeed to watch one of these troupes playing live and not want to join the parade.” 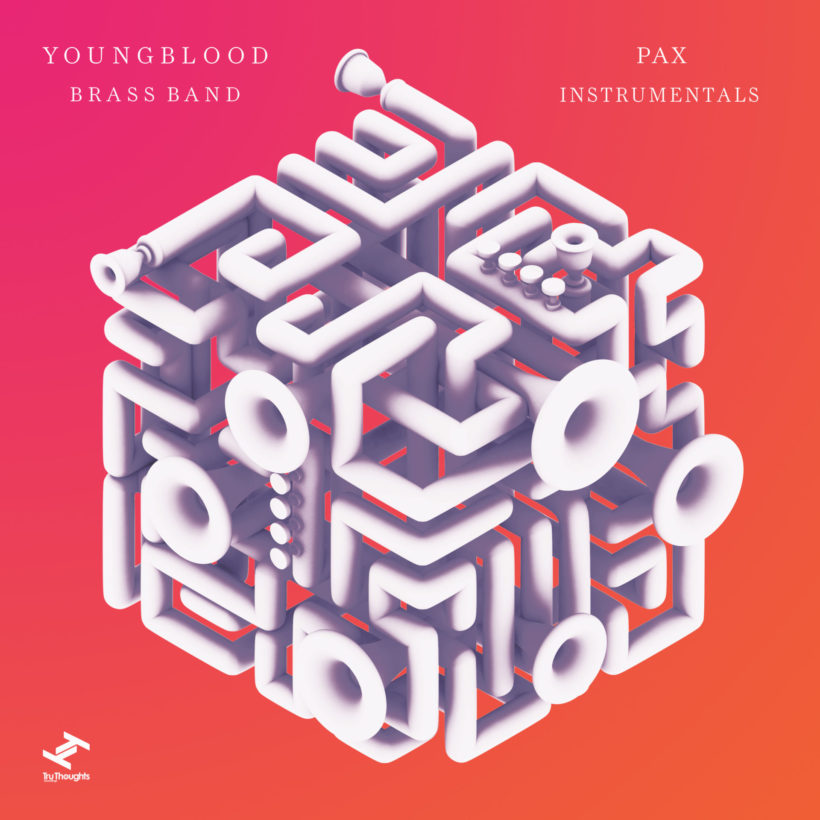