Quantic, aka Will Holland, is a British born Musician, Producer & DJ making Electronic, Latin, Jazz and Soul Music saturated in soundwaves from across the world. Now based in New York, after recent years along the Colombian Pacific Coast, Holland has developed a sound that bridges heritage and progression, marrying spontaneous musicianship with deep, exciting tonality.

Continuing the prolific and diverse output that he has become known for, Holland released his fifth Quantic solo record, ‘Atlantic Oscillations’ in 2019, his most cohesive and intricate album to date. Bringing together new players and concepts with a dance orientated sound it showcases Quantic’s artistry and rare ability to intertwine the electronic with the orchestral. The LP is the first Quantic album under his main solo moniker since 2014’s critically acclaimed ‘Magnetica’; which was followed by his third under the Flowering Inferno alias, ‘1000 Watts’ (2016); and his highly anticipated full length LP with Colombian folklore singer Nidia Góngora (a regular collaborator in recent years), ‘Cuaro’ (2017), which offers a new and highly original spin on the cultural traditions of the Coast.

Worcestershire born, Will Holland began his musical career at the age of 16, encouraged by his father, a Welsh born folk musician who worked in mechanical engineering & computer programming and his English born mother, a talented singer and folk enthusiast. By his early teens Holland had been introduced to home recording by his father and started to experiment with sequencing and programming. This, combined with a developing habit for record collecting, a household full of instruments and two older, musical sisters, it was only natural for Holland to setup a makeshift studio in the bedroom of their timber framed home beside the river Severn. After much experimentation, Holland developed a strong repertoire, eventually attracting the attention of ‘Breakin Bread Records’, a London based record label through which Holland released his first 45 ‘We Got Soul’. It was at this point his work as a DJ began to flourish and through a visit to Brighton he was introduced to label ‘Tru Thoughts’. In 2001 Tru Thoughts released his debut album ‘The 5th Exotic’ a collection of sample based songs mined from various lunchbreak trips to record shops and the diverse selection of instruments found in the Holland household, his two sisters also featured as guests.

Shortly after the success of ‘The 5th Exotic’ Holland began work on the first Quantic Soul Orchestra record ‘Stampede’, combining live drum loops with Funk & Soul riffs to pay homage to the American Rhythm & Blues 45s spun in Quantic DJ sets. This was the era of the deep funk sound in the UK & the focus was on a raw, hard and incisive dancefloor sound. In that same year ‘The Limp Twins’ were born, a collaboration with Worcester based singer Russell Porter that saw their debut album ‘Tales from Beyond the Groove’ also released on Tru Thoughts records.

In 2005, Quantic collaborated with long time friend and NY based producer Nickodemus on Latin hit ‘Mi Swing es Tropical’. The song was recorded in San Juan following an invite to Puerto Rico from Candela records and eventually receiving worldwide exposure through its use in an iTunes television advertising campaign. After a year of travelling and recording through Puerto Rico, Panama & Colombia the album ‘Tropidelico’ was released, a sonic adventure through Cumbia, Soul & Salsa. It was around this time that Holland upped and left for Colombia, basing himself in the western city of Cali, to explore the rich musicianship leftover from the Salsa heyday and infuse his productions in the discotecas back alleys of one of Latin America’s finest musical cities. Although drawn into Colombia by the sound of Cumbia & Porro, Holland soon found himself in a city steeped in ‘Pacifico’ identity (a Afro Colombian genre hailing from Pacific coastal villages), melomanos (record collectors who preserve the sounds of Cuban, Puerto Rican & NY Salsa) and an overwhelming wealth of studio musicians. It was here he began working with Peruvian born virtuoso pianist Alfredito Linares, Percusionist Freddy Colorado and Pacifico folklorist singer Nidia Gongora, with whom The Combo Bárbaro was formed, Quantic Soul Orchestra drummer Malcolm Catto also featured in this group. The studio album ‘Tradition in Transition’ was soon released, parallel to this, Holland produced two more records ‘Death of the Revolution’ and ‘Dog with a Rope’. Both were released by Tru Thoughts under his Dub production guise Flowering Inferno and featured Reggae rhythms combined with Cumbia & Curulao inflections.

After a pause in collaborations with singer Alice Russell, Russell travelled to California and embarked on a new record with Quantic, utilising the tight Sonido del Valle studio band with violinist Mike Simmonds as invited guest. Shaping an authentic, soulful and psychedelic sound, the pair released their first entire full length collaboration ‘Look Around the Corner’ in 2011. In 2012 Quantic went on to produce and record ‘Ondatropica’, a collaborative project with Bogota producer Mario Galeano aka Frente Cumbiero. Featuring a cast of more 40 musicians, the British Council funded project was received with great acclaim both in Colombia and Europe. In 2012 Ondatropica embarked on an international tour, garnering attention at their performance during the 2012 London Olympic celebrations and at New York’s prestigious Lincoln Centre.

‘Magnetica’ marked a return to electronic roots, with influences from Ethiopian Jazz to Haitian Compas, Salsa Dura from his Colombian homestead to Detroit techno, with electric sub bass and beat programming; all part of Quantic’s trademark sound. Recorded and mixed from his own Sonido del Valle studio, he utilized a range of vintage studio equipment, working as part sound engineer, musician and producer to procure a rich and original sound. He put together an innovative new live band, and toured Europe, the US and Canada throughout the year, plus a great many DJ dates and augmented Ableton Live sets.

Colombian folklore singer Nidia Góngora’s magnetic voice and captivating songwriting combine with infectiously danceable beats and forward-thinking production on ‘Curao’; a collection of original tracks with the addition of two traditional pieces from the region’s rich songbook. Treating the stories and rhythms of Pacific music with utmost reverence, while forging a new and vital sound for today’s dancefloors, it reflects the distinctive yet diverse nature of the Pacific Coast itself – an area brimming with beauty and creativity but also shaded by conflict, affected by the work of mining companies, private militias and the drugs trade.

Since 2014’s critically acclaimed ‘Magentica’, the prolific artist has raised the stakes with further highly praised side projects including The Western Transient, Flowering Inferno, Quantic & Nidia Góngora and Quantic y Los Míticos del Ritmo. He has also relocated to Brooklyn, built his new recording studio ‘Selva’ and taken a bi-monthly residency at New York club space ‘Good Room’, where the music featured on ‘Atlantic Oscillations’ was tried and tested. All of these recordings, journeys and projects have played a role in the creation of ‘Atlantic Oscillations’ (2019). Quantic’s enigmatic productions and musical expressions as Guitarist, Accordionist & Studio engineer have earned him a large international fanbase and constant engagements as a music selector, remixer & band director.

“Majestic.. the kind of 21st century carnival music that will have all the global groovers going ‘wow!’”

“Quantic’s contributions have redefined the traditional boundaries of electronic music.. his ability to seamlessly combine many sounds into one cohesive composition and make it palatable to many regardless of age or musical preference.” 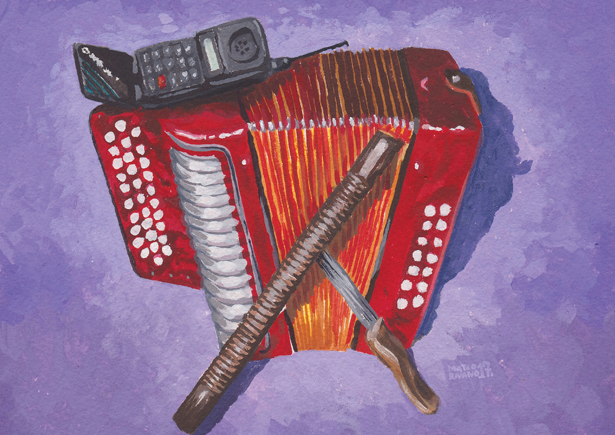 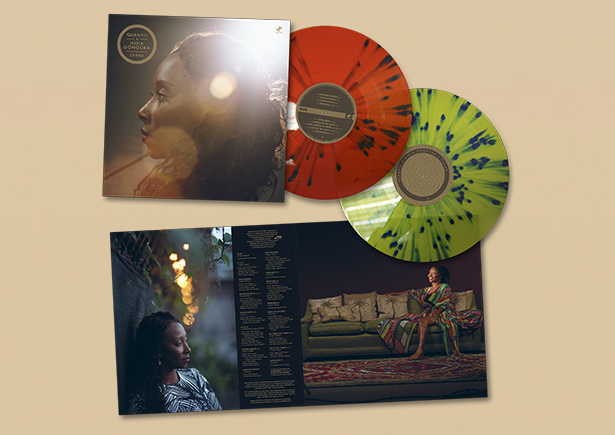 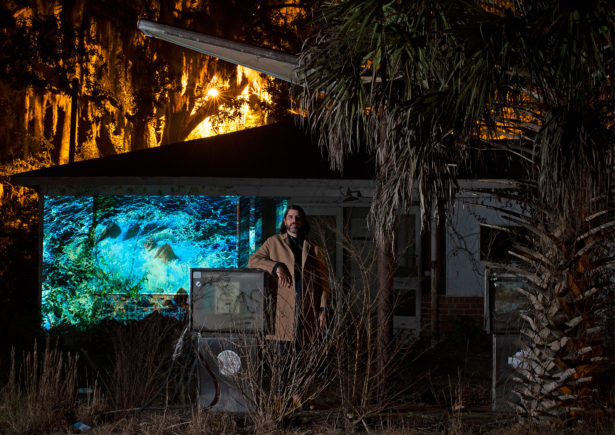 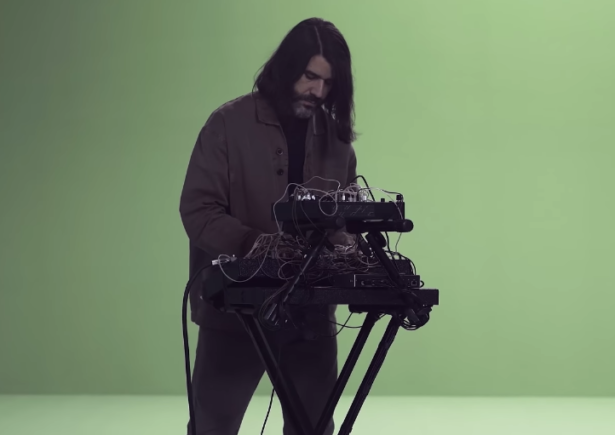 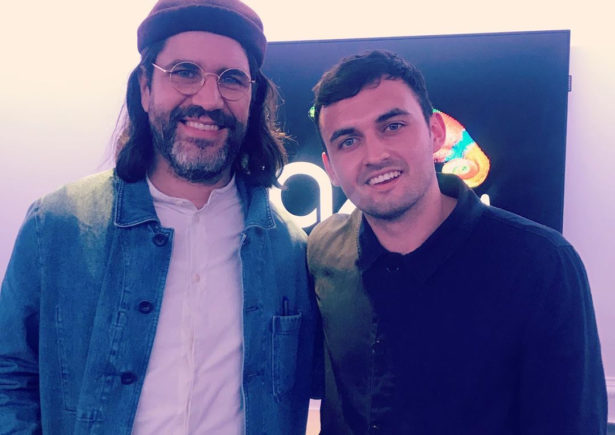