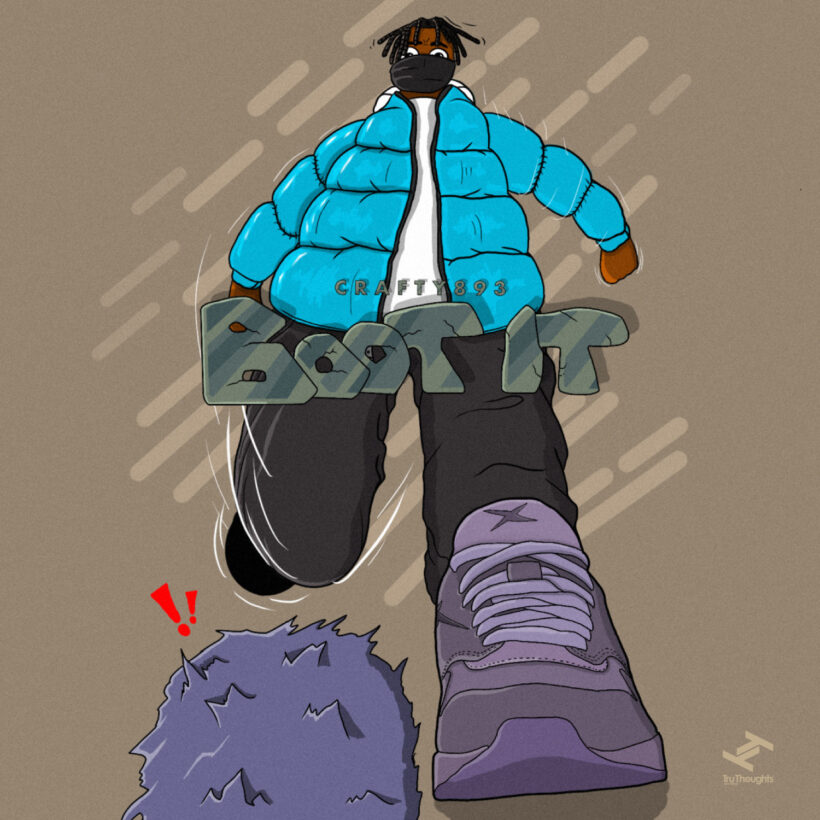 Crafty 893 demonstrates he’s the punchline king on “Boot It”

The music video for ‘Boot It’ sees Crafty bigging up his local area and crew, while uniquely bringing to life the metaphors and lyrical wordplay that weave through the song’s narrative. Talking about the single and video Crafty adds: “It’s about showing that visually and creatively we can do what the Americans do. ‘Boot It’ is all about the outside activity going on in my life, as well as showcasing that I am the punchline king when it comes to bars and lyrics.”

‘Boot It’ demonstrates Crafty’s musical evolution and versatility, moving away from the straight-up grime sound on his debut album ‘Smart Dumb’. Instead, the track effortlessly and organically switches it up between UK Rap, Trap, and Drill while still staying true to Crafty’s foundational roots. With no features, Crafty doesn’t mess around on “Boot It”; writing, MCing, producing, recording, mixing, mastering, and leading in the creative direction single-handedly. ‘Boot It’ forms part of a wider project to be announced soon by the MC, giving a sneak peek into the concept Crafty explains: “It’s about my journey from 2019 to the present day. It is documented in this new project, laying out situations and elements in my life for the past four years.”